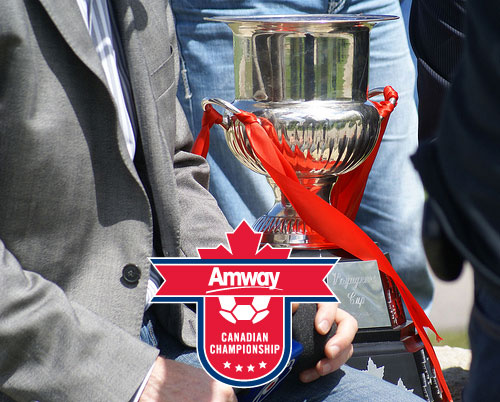 Sportsnet will broadcast the 2012 Amway Canadian Championship live over four Wednesday nights from 2 to 23 May 2012.

The Canadian Soccer Association is pleased to announce that Sportsnet will once again be the national broadcast partner of the 2012 Amway Canadian Championship. All six matches featuring Impact de Montréal, Toronto FC, Vancouver Whitecaps FC and FC Edmonton will be broadcast live on Sportsnet over four Wednesday nights from 2 to 23 May 2012.

The first and second leg of the Championship Final will be played on 16 May and 23 May respectively with the highest seeded team in the final determining if it will open at home or away.

In addition to the coverage provided by Sportsnet, this year’s Championship matches featuring Impact de Montréal will be available in French on TVA Sports. Schedule details will be confirmed at a later date.

Once again, canadasoccer.com/championship will be the official home of the Amway Canadian Championship.

Since 2008, Canada’s top professional teams have played in the Canadian Championship for the Voyageurs Cup. The Impact won the inaugural championship in 2008 while Toronto FC won championships in 2009, 2010 and 2011.