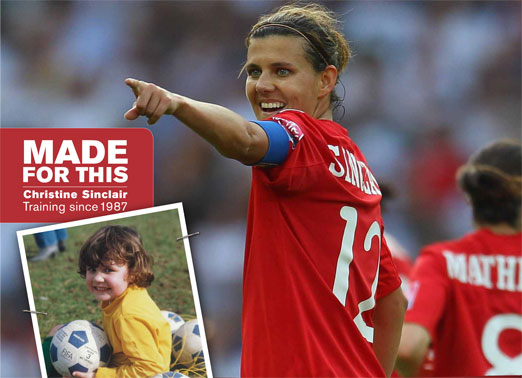 Following the Official Draw held on Monday 24 October, the official event schedule for the 2012 CONCACAF Women’s Olympic Qualifying is now set. Canada and USA will play every second day, alternating as headliner, during the competition to be played 19-29 January 2012 at BC Place in Vancouver, BC. Individual tickets are set to go on sale this Friday 28 October (10:00 PT/13.00 ET).

Individual session tickets (group stage and semi-final doubleheaders and final) for the 2012 CONCACAF Women’s Olympic Qualifying tournament will be on sale this Friday 28 October at 10.00 PT. Individual session tickets for the group stage doubleheaders start as low as $10 per session. The Province Family Pack for a family of four to attend and benefit from a 15% savings on each session ticket make the tournament a great affordable outing for the whole family!
Advantageous 15-match event packages continue to be available for as low as $69 (plus applicable service fees) and feature an overall average ticket price of just under $6.50 per match or 33% savings from individual session prices for eight days of world class soccer. The all tournament package is available in three price categories ($69/$95/$125) and includes six doubleheaders (19-24 January), one all-important semi-final doubleheader (27 January) and the final (29 January).
All tickets are available for purchase via Ticketmaster at ticketmaster.ca or 1.855.985.5000.
The Canadian Soccer Association in partnership with BC Soccer is also pleased to offer Local Community Clubs an exclusive opportunity to support Canada and catch the top teams in CONCACAF as they compete in the upcoming 2012 CONCACAF Women’s Olympic Qualifying tournament at BC Place. Clubs will not only have access to special group series ticket package prices (group rate at 10 or more) at a 20% discount but several exciting incentives are also available including the opportunity to particpate as ball retrievers during the competition. For more information please contact marketing@soccercan.ca
This will be Canada’s Women’s National Team’s third appearance in the CONCACAF Women’s Olympic Tournament Qualifiers. In 2008, the squad completed the Qualification Tournament in second place, securing a spot at the Beijing 2008 Olympics, where it finished 8th. In 2004, Canada completed the Qualification Tournament in third place.