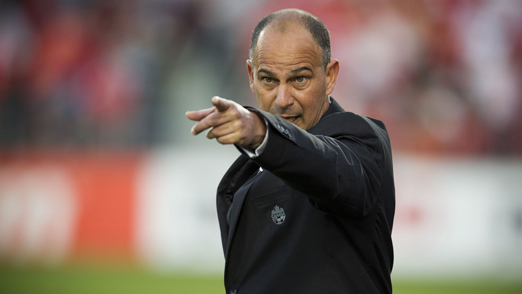 Canada looking ahead to a crucial 2012 season.

Stephen Hart is calling on Canadian supporters to put their ‘best foot forward’ in support of Canada’s Men’s National Team on the road to the 2014 FIFA World Cup Brazil™.

Canada’s Head Coach stated that “Canadian fans at BMO Field in Toronto can be a big lift to our team. Strong home support can make our opponents feel like they are being outplayed and we need the supporters behind us if we are going to be successful.”

Individual Tickets for the Canada v USA Centennial Celebration Match on 3 June and the Canada v Honduras 2014 FIFA World Cup Qualifier™ on 12 June will be available for purchase with tickets ranging in price from $25 to $55.

Canadian Fans can purchase the 2012 Season Package (all four home matches for the price of three) or the Season Opener Package, which features the two June matches (3 June v USA; and 12 June v Honduras).

Family packs (groups of four) are available at a 15% discount.

Group Ticket Discounts (10+) are available through the Canadian Soccer Association ranging from 20-30% based on volume with an incentive program for opportunities to participate in the match. For more information on Group Tickets visit www.canadasoccer.com/seetheerise or contact [email protected]

Canada will need to navigate its way to a top-two finish in Group C of CONCACAF Round 3 of FIFA World Cup Qualifiers™ which features Cuba, Honduras and Panama as the team’s opposition in order to qualify for Round 4, the final qualification stage for Brazil 2014™.

Hart indicated that Canada will gather for a training camp in Florida in late May in preparation for a crucial schedule in June which features the Association’s Centennial Celebration Match and two decisive FIFA World Cup Qualifiers™.

Canada’s competition in CONCACAF Round 3 of FIFA World Cup Qualifiers™ will feature six matches (a home-and-away fixture with every opponent) stretching from 8 June to 16 October.

*All matches at BMO Field in Toronto, ON