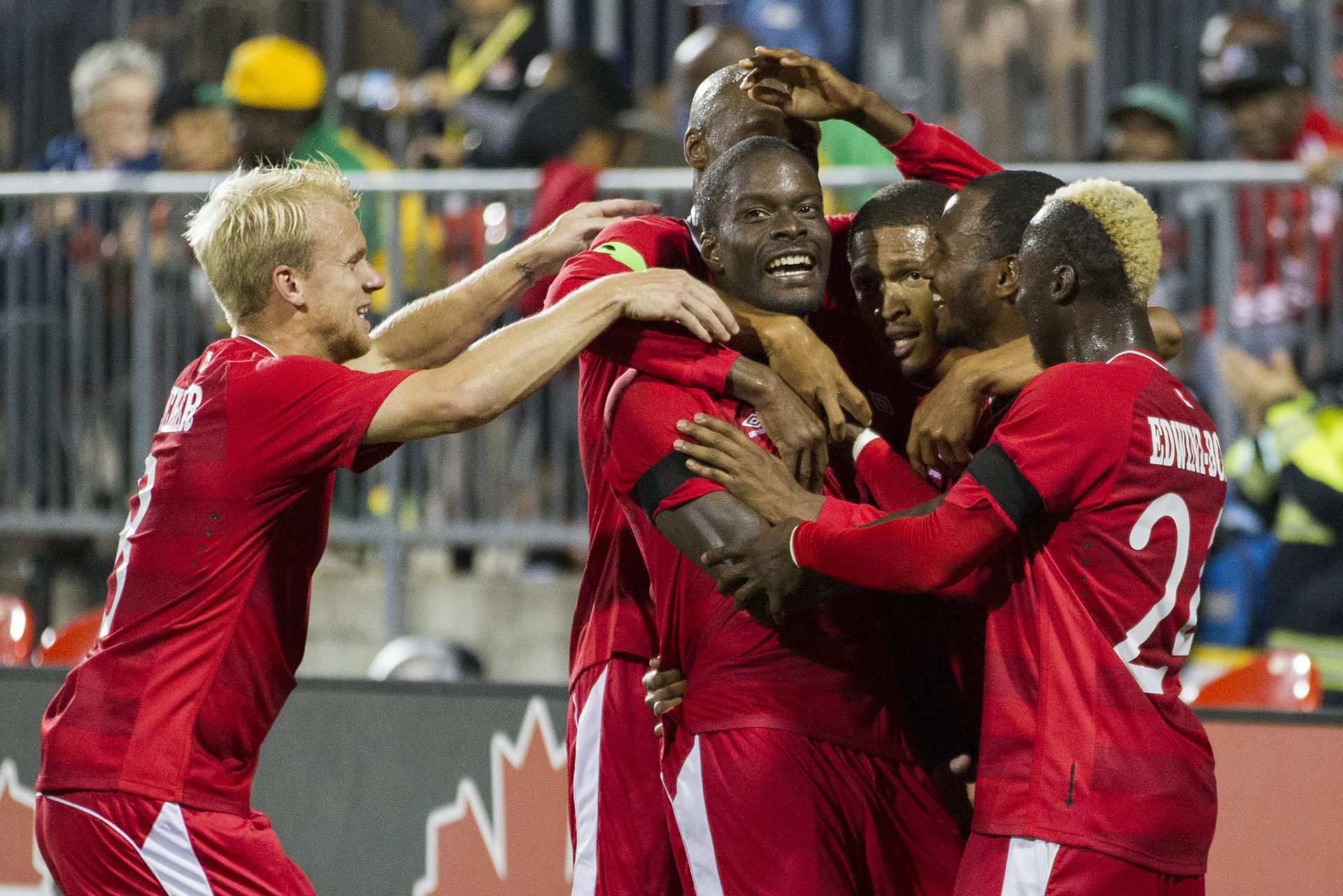 In Head Coach Benito Floro’s first full year in charge of Canada’s Men’s National Team, results started to go the way of the red and white with the team taking some steps forward as 2015 and a return to competitive action approaches.

In Head Coach Benito Floro’s first full year in charge of Canada’s Men’s National Team, results started to go the way of the red and white with the team taking some steps forward as 2015 and a return to competitive action approaches.

January
The Team started the year in Sunrise, Florida, USA, as Floro got the team in for a training camp. Since the camp came in January, which wasn’t during a FIFA international window, Floro called in a vast selection of players as he mixed experience and youth with mostly North American-based players.

After a week of training and an intrasquad game, Canada did get one match in. It wasn’t a full international but the largely youthful Canadian team took on the Fort Lauderdale Strikers of the North American Soccer League. Kyle Bekker and Kianz Froese were the scorers as Canada came away with a comfortable 2:0 win.

May
For their first two Men’s International Friendlies of the year, Canada went to Austria to take on UEFA opponents.

Andrey Galabinov had given the Bulgarians the lead in the 18th minute but Canada battled back and controlled much of the possession as they looked for an equalizer. After a Canadian corner kick, forward Tosaint Ricketts won a penalty that was coolly converted by midfielder and 2014 BMO Player of the Year Atiba Hutchinson. Canada had other chances but couldn’t find a winner and had to settle for a 1:1 draw against Bulgaria.

After three days of recovery and training, the team hopped the bus again and went to Mauer, AUT, where they took on Moldova. The little stadium was at capacity as the friendly was a big draw for the area.

Six minutes in and Canada found themselves down again as Eugeniu Sidorenco put Moldova up but as was the case against Bulgaria, Canada was undaunted and found success on set-pieces. Ricketts won the penalty against Bulgaria but converted a corner on this occasion. Canada was the better team for much of the rest of the game but again couldn’t find the winner as the game ended 1:1.

September
The Team returned home for their first home game in over a year and their first at BMO Field since October of 2012. Just over 12,000 fans were on hand as Canada took on Jamaica, the team that would go on to become Caribbean Champions later in the year.

Kemar Lawrence had given Jamaica the lead on a free kick but one minute later, David Edgar brought Canada level with a powerful volley off a well-worked corner kick.

Canada then took the lead in the 68th minute through another set piece when Marcel de Jong scored on a stunning left-footed free kick and then Ricketts capitalized on a goalkeeper mistake as he scored from close range in the 72nd minute to give Canada a 3:1 win.

October
In their penultimate game of the year, Canada came up against one of the top-ranked teams in the world when they took on Colombia, a team that was in the quarterfinals at the FIFA World Cup Brazil 2014 ™.

Canada was organized and frustrated the Colombians for much of the game at Red Bull Arena in Harrison, New Jersey, USA. In the end, James Rodriguez scored on a quickly taken free kick as Colombia beat Canada 1:0 in what was Canada’s only loss of the year.

November
The year wrapped up with a trip to Panama City, PAN as Canada took on Panama for their second game against a CONCACAF team. In what was a chippy game that didn’t have much flow and a lot of stop-and-start play, neither side could create many chances and the game ended 0:0. Ultimately, for Canada it showed a resilience in tough Central American conditions.