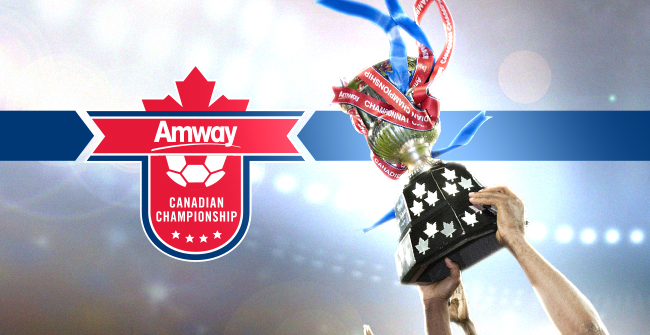 Canada Soccer’s road map has been outlined for the 2016 Amway Canadian Championship with the release of the new schedule which kicks off 11 May in Edmonton, Alberta

Canada Soccer’s road map has been outlined for the 2016 Amway Canadian Championship with the release of the new schedule which kicks off 11 May in Edmonton, Alberta. This year’s competition again features Canada’s five professional clubs, with the winner earning a spot in 2017-18 CONCACAF Champions League.
FC Edmonton will face Ottawa Fury FC in the preliminary round, with the home-and-away series set for Wednesday nights 11 and 18 May. The winner will advance to the semi-final phase, to be played Wednesdays 1 and 8 June against last year’s Canadian champion Vancouver Whitecaps FC.

In the other semi-final series, Toronto FC will face Impact Montréal FC. The two semi-final winners will then meet in the national final, to be played in the weeks of June 21 or 22 and June 28 or 29 (dates to be confirmed).

Since the introduction of the Amway Canadian Championship in 2008 and CONCACAF Champions League in 2008-09, Canada’s professional soccer clubs have made a significant impact on the Canadian sporting scene. Just last year, Montréal made a terrific run to the continental final, drawing 61,004 for the final leg at Olympic Stadium. It marked the second time that a Canadian soccer club registered the highest attendance for an in-stadium competition (after drawing a remarkable 55,571 in 2009).