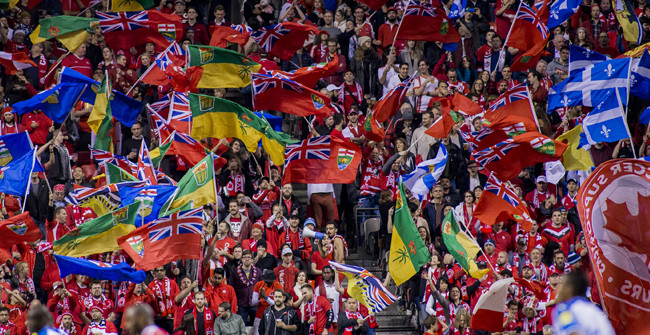 Tickets to Canada’s massive 2018 FIFA World Cup Russia™ Qualifier against world power Mexico on 25 March at Vancouver’s BC Place will go on sale to the general public this Tuesday 15 December at 10:00 local (10.00 PT / 13.00 ET). The Canadian Team is calling upon all fans to once again be the 12th man and provide crucial home support on the Road to Russia 2018.

Following a terrific initial response that saw over 60% of the lower bowl sold during the exclusive presale window, fans are encouraged to secure their seats quickly and give the gift of soccer this holiday season as interest is expected for this marquee match-up at the launch of Tuesday’s public onsale. Tickets are available via ticketmaster.ca, by phone at 1.855.985.5000, or in person at the BC Place Box Office.

Players and fans alike are eagerly looking to build on the momentum still resonating from last month’s exciting 1:0 victory against Honduras in front of over 20,000 fans at BC Place, which set a new record for the largest crowd for Canadian Men’s National Team match in British Columbia.

“The crowd was fantastic,” said Will Johnson, whose header was knocked in by teammate Cyle Larin for the lone goal of the historic home win. “It was probably the best Canada crowd in front of which I have played in my career. The fans were unbelievable. It was a real treat to come in and see a lot of red everywhere.”

To help build a sea of #CanadaRED supporters, tickets to the match start as low as $25 (plus applicable fees). In addition, a special ‘Me+3’ offer will be available for this match. When purchasing three full price tickets in select sections, fans will receive the fourth one free. This offer is available via Ticketmaster.ca by selecting the ‘Me+3’ offer.

Groups of 10 or more are eligible to receive discounts of up to 30% off regularly price tickets in select sections. For complete information on the group ticket program and to submit a request for tickets visit the group ticket section on canadasoccer.com/tickets.

Visiting supporters will be located in the northeast corner of BC Place. Fans wishing to sit in these sections should select “Mexican supporters” from the drop-down menu on the Ticketmaster event page.

Information about Club seats and other premium ticket options featuring hospitality will be available shortly.

In CONCACAF Round 4, Canada will play six matches, with both a home and away encounter against Honduras, El Salvador and Mexico. Matches will be played over three international windows, with the first two matches 13 November at home against Honduras and 17 November on the road against El Salvador.

Canada then faces Mexico twice in March 2016 and El Salvador/Honduras again in September 2016.