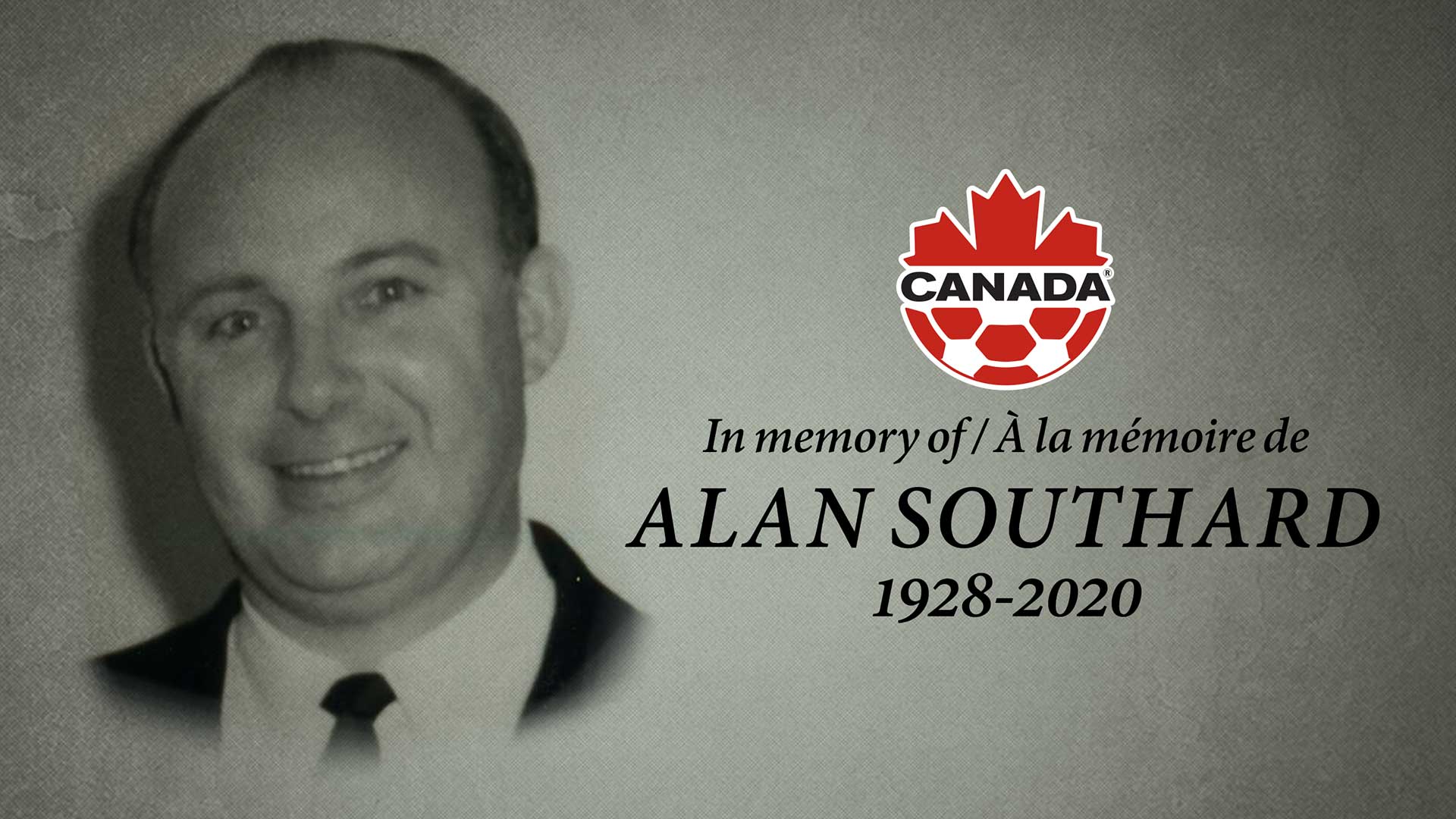 In memory of Alan Southard, Hall of Fame honoured member

? Alan Southard passed away at age 92

Alan Southard, the first President of the Canadian Minor Soccer Association in 1969, has passed away at age 92. The former Canadian soccer administrator was both a Canada Soccer Hall of Fame honoured member and a Canada Soccer Life Member.

Wrote Eric King, Canada Soccer’s General Secretary at the time, Southard “made a distinguished contribution to the growth and development of soccer generally and youth soccer particularly at the national level. The growth of youth soccer under Mr. Southard’s direction can only be described as phenomenal.” Also noted Mr. King, “Mr. Southard is one of those rare breed of volunteers without whom the development of a comprehensive amateur sports program would not be possible.”

Mr. Southard also served as President of the Ontario Youth Soccer Association and later as a Vice President and Treasurer of Ontario Soccer. In 1974, he served on the National Organizing Committee for the Concacaf Juvenile Tournament, the first Concacaf competition ever held in Canada (today the tournament is known as the Concacaf Men’s Under-20 Championship). He served as Chairman of the Robbie International Soccer Tournament from 1981 to 1984.

From there, he turned to coaching at Scarborough United SC. He was head coach of the women’s team that won the Ontario Cup in 1988 and 1991, then an assistant coach when the team won another Ontario Cup in 1993. At Canada Soccer’s National Championships, he led the 1988 team to a bronze medal in Saskatoon. At the youth level, he helped Scarborough United SC win national gold.

Alan William Southard was born on 12 July 1928 in Bristol, England, served in the Royal Air Forces during the 1940s, and later moved to Canada in 1957. He passed away on 20 October 2020. He leaves his wife Patricia, their children and many grandchildren. In memory of Mr. Southard, the family has asked that donations can be made to the Canadian Cancer Society.