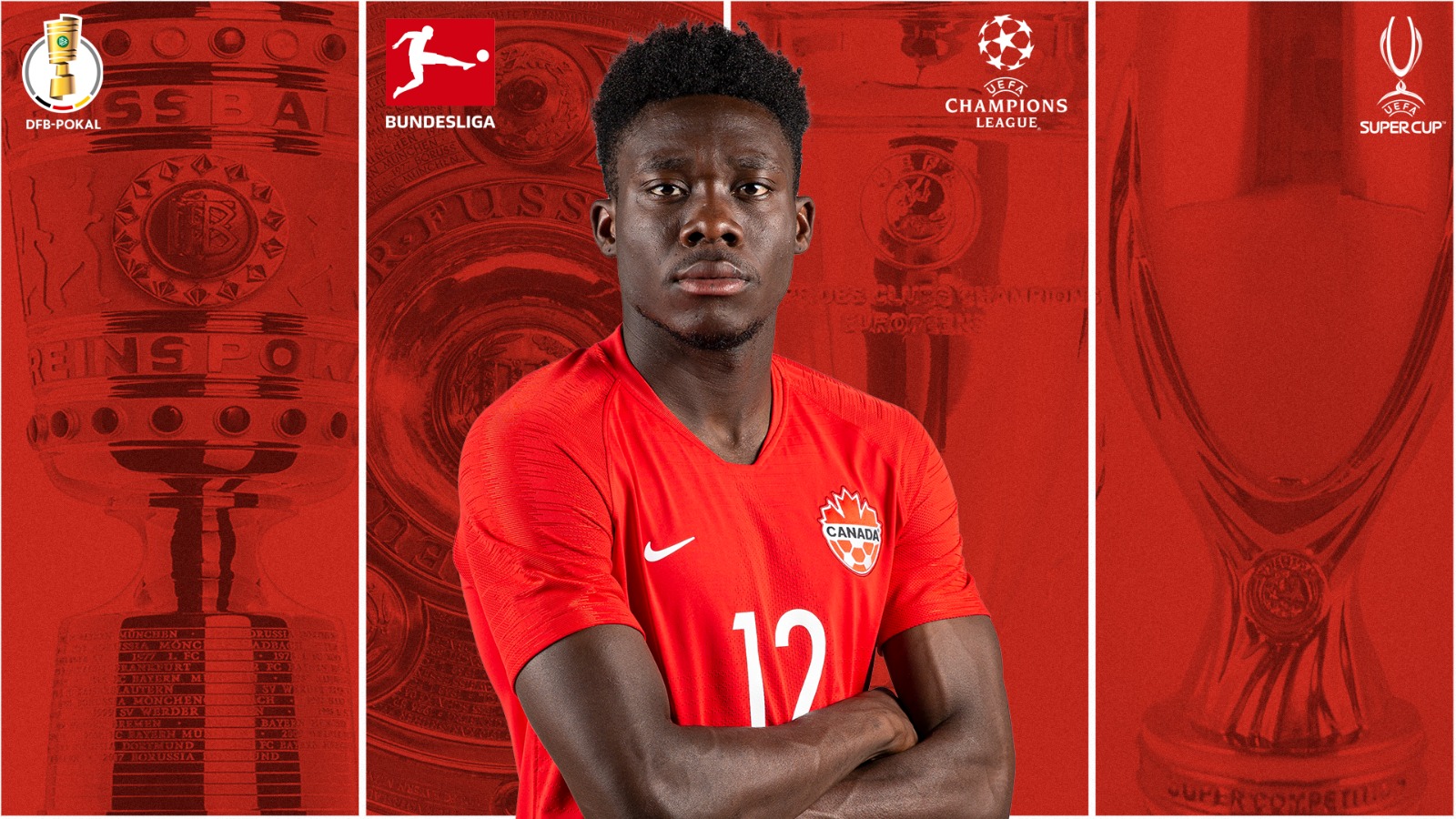 Alphonso Davies has won his fourth major trophy in 2020 as FC Bayern Munich captured the UEFA Super Cup on Thursday 24 September with a 2:1 a.e.t victory over Sevilla FC. Already this year, the 19-year old star from Canada Soccer’s Men’s National Team has lifted his second Bundesliga title on 27 June, his second German Cup (DFB-Pokal) on 4 July, and his first UEFA Champions League title on 23 August.

Davies featured as a substitute in extra time for the UEFA Super Cup victory in Budapest, Hungary. He recorded one blocked attempt and completed 10 of 12 passes in just over 20 minutes of play. Davies is the first Canadian player to win the UEFA Super Cup.

Davies and Women’s National Team star Kadeisha Buchanan were the only two Concacaf players to win UEFA Champions League titles in 2020, with Buchanan now a four-time winner at FCF Olympique Lyonnais. Davies, the 2018 Postmedia Canadian Athlete of the Year, has been nominated for Best Defender in 2019-20 UEFA Champions League. He made eight successive starts in Bayern’s UEFA Champions League run, which qualified the team for the UEFA Super Cup Final against UEFA Europa League winners Sevilla FC from Spain.

This coming Wednesday 30 September, Davies will have another chance to add a trophy to his portfolio when FC Bayern face Borussia Dortmund in the 2020 DFL-Supercup. Last August, Dortmund were 2:0 winners over FC Bayern in the 2019 edition of the DFL-Supercup.

Since the start of 2020, Davies has featured in 26 of FC Bayern’s 28 matches across all competitions, with the club still undefeated since December 2019. Through 24 September, Davies has featured in 16 Bundesliga matches, four DFB-Pokal matches, five UEFA Champions League matches, and the UEFA Super Cup. He was FC Bayern’s Player of the Month in May, the Bundesliga Rookie of the Month in May, and the 2019-20 Bundesliga Rookie of the Season.