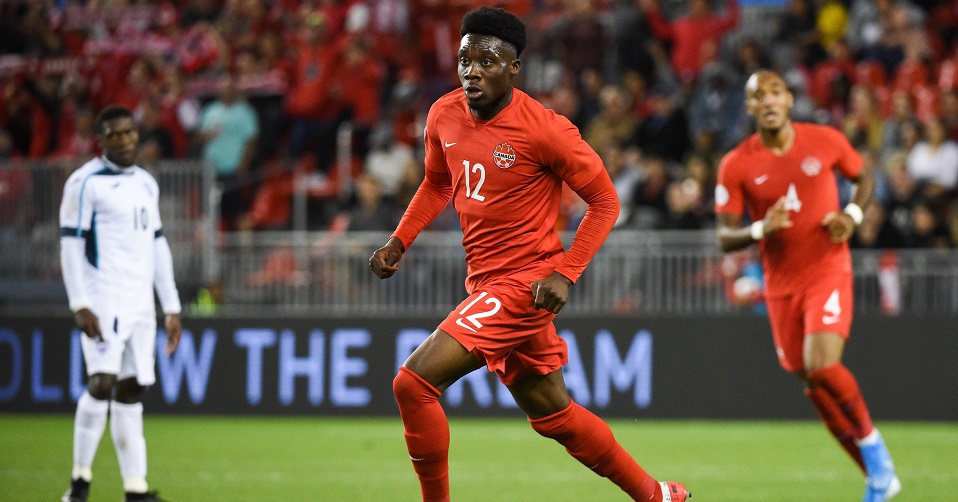 Alphonso Davies is the first Canadian to win the men’s Final of UEFA Champions League after his club FC Bayern Munich won 1:0 over Paris Saint-Germain […]

Alphonso Davies is the first Canadian to win the men’s Final of UEFA Champions League after his club FC Bayern Munich won 1:0 over Paris Saint-Germain FC. The young fullback from Edmonton, Alberta started eight matches in a row en route to the 2020 Final in Lisbon, Portugal on Sunday 23 August.

“We are all very proud of what Alphonso Davies has accomplished in 2020 and how he has raised the profile for our game globally in 2020,” said John Herdman, Canada Soccer’s Men’s National Team Head Coach. “He is a humble person who has come up through the Canadian system and shown that young Canadians can develop in this country and then head into the top levels of European football and win in the biggest club competition. For any young player that wears a Davies shirt and dreams of being that player one day, that dream doesn’t seem that far away.”

In Germany, Davies has won back-to-back Bundesliga and German Cup titles in 2018-19 and 2019-20. He had a breakout season in 2019-20, winning the league’s Rookie of the Season award after playing 29 matches and more than 2,000, scoring three goals and four assists. He also played five matches in the DFB-Pokal (one assist in the German Cup) and eight matches in UEFA Champions League (four assists).

“Dreams do come true and I just want to say thank you to everyone supporting me from back home,” said Alphonso Davies, UEFA Champions League winner.