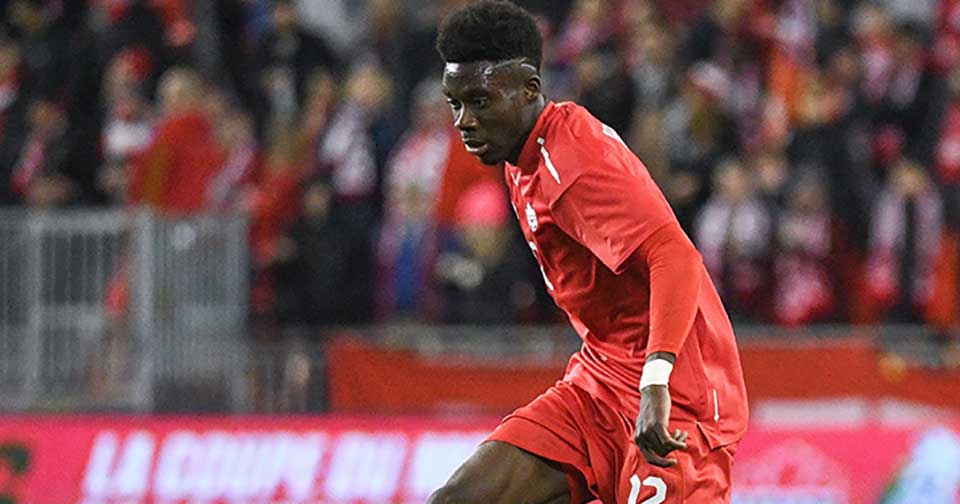 Alphonso Davies was named 2018 Postmedia Male Athlete of the Year after a standout season for both Canada and Vancouver Whitecaps FC. He is the first […]

Alphonso Davies was named 2018 Postmedia Male Athlete of the Year after a standout season for both Canada and Vancouver Whitecaps FC. He is the first soccer player to win the multi-sport award.

Davies, who turned 18 in November, was also named 2018 Canada Soccer Player of the Year earlier this month. The Canadian player has recently joined Bayern Munich in Germany after an MLS-record transfer deal with Vancouver Whitecaps FC. In 2018, he helped Canada climb to current third-place position in qualifying and within a point of reaching the Concacaf Gold Cup and Concacaf Nations League Group A.At the international level, his four assists in three matches were the second-most in a single season for Canada since 2000 when assists have been regularly recorded. He played in all 270 minutes of Concacaf Nations League Qualifying, fired six shots, and completed 95% of his team-best 151 attempted passes.

Davies also won Vancouver Whitecaps FC Player of the Year honours after leading the league in duels won (258) and setting a record for dribbles completed (123). He scored eight goals, co-led the team with 11 assists (youngest player in league history to record double digit assists), was selected to the annual All-Star Game, and was named MLS’s best prospect in their 22 Under 22 Ranking. With one match remaining in 2018-19 Concacaf Nations League Qualifying, Canada sit third amongst 34 nations with the fourth and decisive match scheduled for Sunday 24 March in Vancouver at BC Place at French Guiana. Canada must finish amongst the top-six nations to qualify for both the 2019 Concacaf Gold Cup and Group A of 2019-20 Concacaf Nations League.

“He has been a standout performer for club and country and that is just a consistent reality now for Alphonso Davies,” said John Herdman, Canada Soccer’s Men’s National Team Head Coach. “For club, he picked up many an accolade, culminating with what looks like one of the biggest signings our country has ever seen.

“For Canada, every time he has been asked to take a responsibility and support the team, even playing out of position, he has shown his character. He is just a humble guy who loves the game and will do whatever it takes to be successful.”