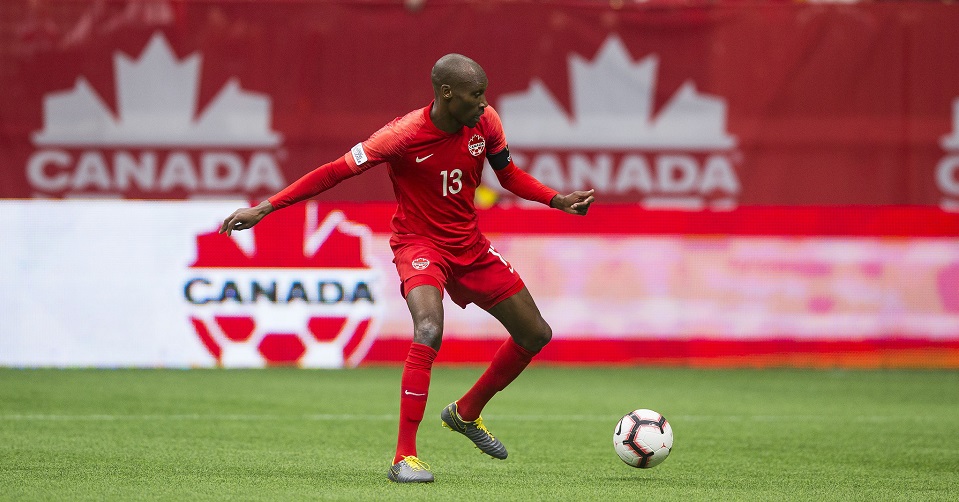 Canadian soccer star Atiba Hutchinson will start a 15th consecutive season in European continental competition when Beşiktaş JK opens their 2020-21 UEFA Champions League Qualifying campaign on Tuesday 25 August. Hutchinson of Brampton, Ontario and his Turkish club Beşiktaş JK enter the competition at the Second qualifying round with a knockout match against Greek side PAOK FC.

Hutchinson is one of three Canadians in this round of UEFA Champions League Qualifying, with the others teammate Cyle Larin and Red Star Belgrade’s goalkeeper Milan Borjan. Also on Tuesday, Red Star Belgrade (FK Crvena Zvezda) face KF Tirana of Albania. In the First qualifying round, captain Borjan posted the clean sheet as Red Star won 5:0 over Europa FC from Gibraltar.

For Hutchinson, this marks his eighth-straight season in UEFA competition with Beşiktaş JK since the 2013-14 season. In 2016-17, he reached the Quarter-final phase of UEFA Europa League; in 2017-18, he became just the third Canadian to reach the Round of 16 in the men’s UEFA Champions League competition.

Hutchinson is a six-time Canada Soccer Player of the Year. At the club level, he has won the Dutch Cup (KNVB Beker), the Danish Superliga four times and the Danish Cup (DBU Pokalen) once, and the Turkish Süper Lig twice. Still only 37 years young, he just recently signed a contract extension with Beşiktaş JK for the 2020-21 season.