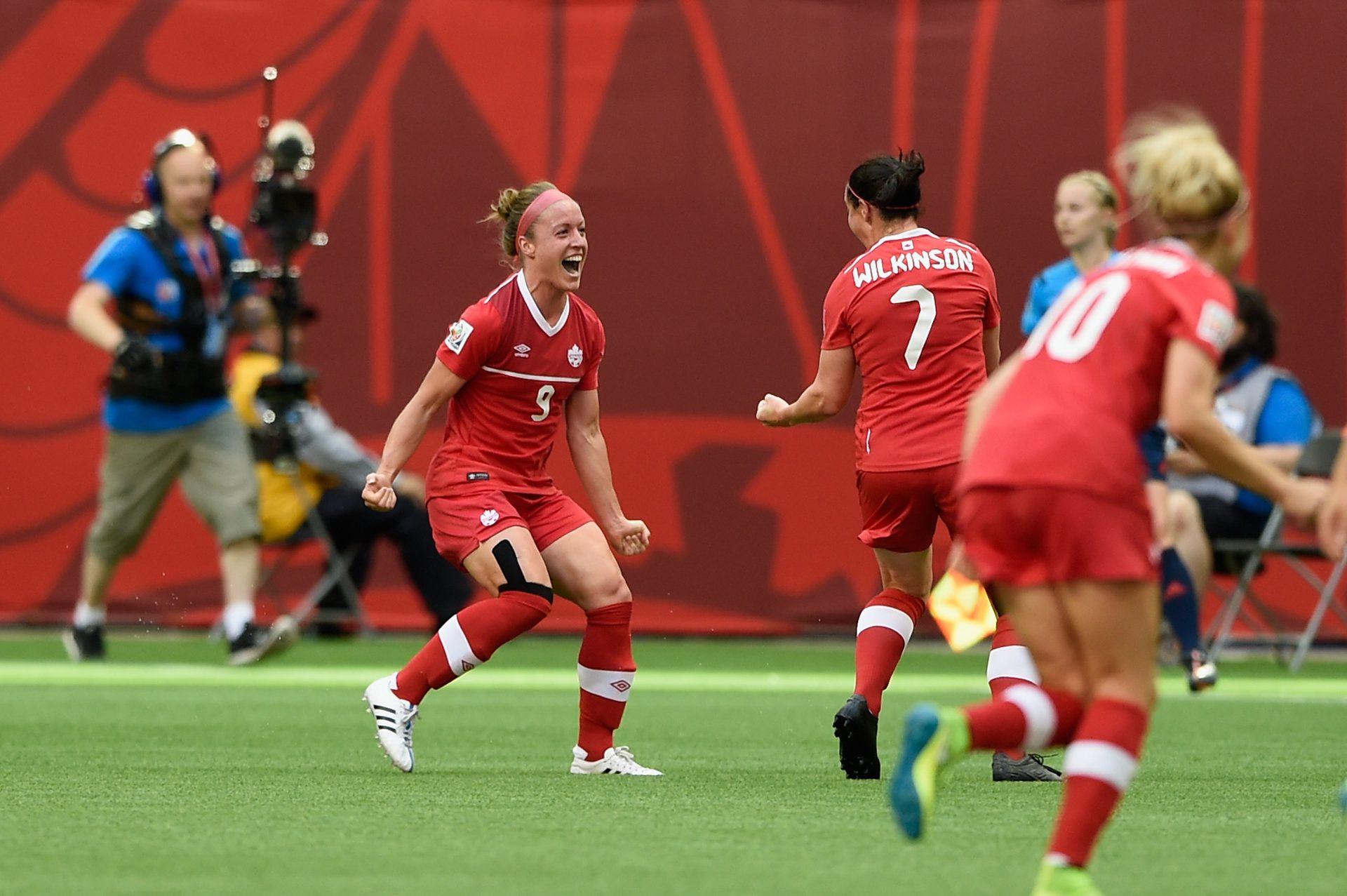 Back in her usual spot, Bélanger the hero against Switzerland

The game at BC Place Stadium in Vancouver took place in front of 53,885 fans, a new record for any Canadian men’s or women’s national team in any sport.

Five years between international goals but well worth the wait for Josée Bélanger.

Bélanger has been a bit of a “Jill of all trades” for Canada’s Women’s National Team so far in the FIFA Women’s World Cup Canada 2015™. But after filling in admirably in defense to start the tournament, she was back in her usual position up front and scored the winner in Canada’s 1:0 win over Switzerland.

It was her sixth goal for Canada and her first since the goal against Brazil on 19 December 2010.

“Bélanger was fantastic in the second half, once she found her confidence. She really came up trumps for Canada,” said Head Coach John Herdman. “I’m proud of our girls. I’m proud of what we’ve been able to achieve. We’ve got more top opposition coming.”

It was truly a red-letter day for sport in Canada. In addition to the result that put Canada into the quarterfinals, the game at BC Place Stadium in Vancouver took place in front of 53,885 fans—a new record for any Canadian men’s or women’s national team in any sport.

It also marked midfielder Kaylyn Kyle’s 100th appearance at the senior “A” level for Canada.

So in addition to it being Father’s Day and National Aboriginal Day in Canada, it was truly soccer’s day in the spotlight on a joyously sunny Sunday on the west coast.

“I was impressed with the support at BC Place. That was brilliant today,” said Herdman. “Walking out in front of fifty-odd thousand people, who would have thought that for women’s football. It was one of those surreal days for staff and players.”

Once was nice but it can all happen again in less than a week as Canada will remain in Vancouver to prepare for the quarterfinal match against either Norway or England on Saturday 27 June. Those two teams square off on Monday in Ottawa so Canada won’t have to wait long to find out who their next opponent will be.

Tickets for Canada’s next match, Saturday 27 June, at BC Place in Vancouver, BC are already on sale and expected to go quickly.