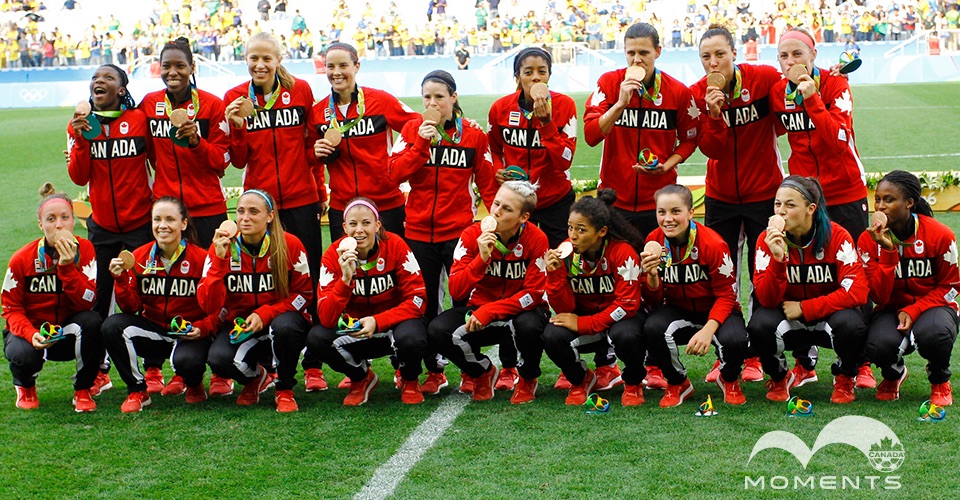 After becoming the first Canadian Olympic team to repeat a medal performance at a summer Olympic Games in more than a century, the Women’s National Team received more than 70 per cent of the votes from Canadian soccer fans who cast ballots.

“We had an excellent year, earning our most-ever wins in a calendar year and winning the Algarve Cup for the first time, but the Olympic tournament stands out because to go back to back podiums is special,” said Head Coach John Herdman. “I think that we showed with results over traditional powerhouses Germany, France and Brazil when it matters most, Canada is ready to take our place among the best.”

After repeating bronze, and earning another place in Canadian sport history, Canada Soccer’s Women’s National Team earned another first – its highest ever FIFA ranking of fourth place in the world.

“This team has consistently moved forward and now I think it’s time to push from fourth place to first,” said Herdman.  “We are a country that has a depth of talent and we want this team to be the best in the world. That’s what we are aiming for now.”

Two CanadaRED prize pack winners were selected at random throughout the campaign which ran 16-31 Dec. The prize packs included signed women’s and men’s national team jerseys and a host of other Canada Soccer merchandise.

Canadian soccer fans will have a chance to congratulate the team when the Olympic bronze medalists return home to play Mexico in their celebration match Saturday 4 February, at Vancouver’s BC Place. Tickets start at just $20 and are available by visiting www.canadasoccer.com/tickets.