“Make it to the Hex and anything can happen.”

Growing up in Brampton, Ontario, Cyle Larin had a ball at his feet his entire life, but it wasn’t until his friend took him to a soccer tryout that he caught the bug.

“I always had a ball with me, but at eight or nine (years old), one of my friends took me to a tryout and that’s when it got me,” said Larin.

He later joined Sigma FC in the Ontario Soccer League and after graduation, while some players were looking to ply their trade in professional leagues around the world, Larin decided college was the route he would take, committing to the University of Connecticut.

“I just went with what felt right to me and the UConn coach had a good record of development. University was a good experience and it was the right decision for me.”

As a freshman at UConn, Larin started 22 of 23 games, logging 1,721 minutes of action. He was named the American Athletic Conference Rookie of the Year after leading the Huskies with 14 goals. In his sophomore year, he appeared in 16 games (starting 15), finishing with a team-leading 21 points and nine goals to be named the American Athletic Conference Offensive Player of the Year. This catapulted the 21-year-old into the spotlight – he was ranked number one in the Major League Soccer entry draft and went first overall to Orlando City SC.

“I was in Jamaica at the time with Canada U-20s and I knew I was going to one of the new teams and hoping it was going to be a good fit. Orlando picked me and I feel it was a great choice and a great pick I’ve done well but I have a lot more work to do.”

“It took a lot of time and work to get me to that point and I have to thank my team, my former coach Adrian Heath and assistant coaches. That past year was a great one for me and hopefully I can do even more this year.”

It was a big couple of years for Larin, during which an impressive college career and sparkling play for his club team earned him his first call-up with Canada Soccer’s Men’s National Team. He debuted on 23 May 2014 and scored his first goal with the national side on 30 March 2015 against Puerto Rico.

“Since the first day I’ve been there, I’ve grown. Benito Floro has given us tactics and I feel like we have a talented group and all that has made this team special and I feel like we can do a lot of great things and I’m excited to be a part of it.”

The Canadian striker has gone on to be a regular contributor to Canada’s squad, scoring three goals in the 2018 FIFA World Cup Russia Qualifiers. Canada will need Larin’s goals if they hope to advance to the Hex, so he knows what is needed in San Pedro Sula on 2 September.

“This is a big, important game down there, but I think that we can definitely get one or three points there. We have the confidence to go down there and perform and get the win.” 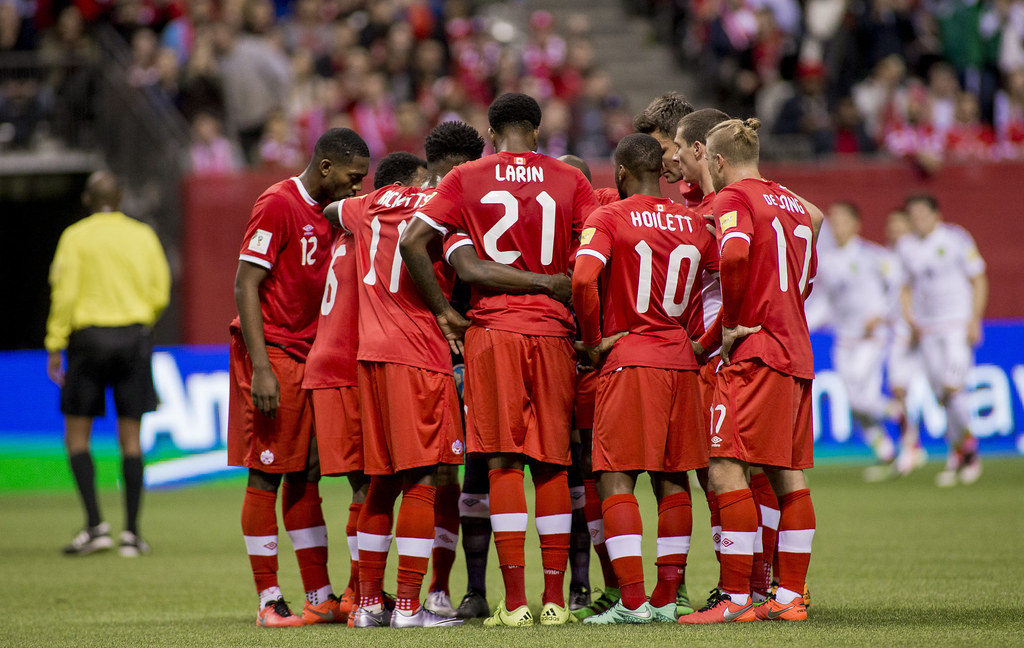 Canada’s final group match will be against El Salvador at BC Place in Vancouver on 6 September and Larin is excited to play in front of a big crowd.

“With the record-setting crowd at BC Place, that makes it that much more special. It made it an exciting game to play in and I think that’s a big boost for us when we play at home.”

With two matches remaining in this phase of qualifying, the mature 21-year-old sees this Canadian team doing big things in years to come.

“Do well in Honduras and we’ll be fine. Anything is possible with this group. This is one of the best groups we’ve had and everyone believes that and we could go far. Make it to the Hex and anything can happen.”