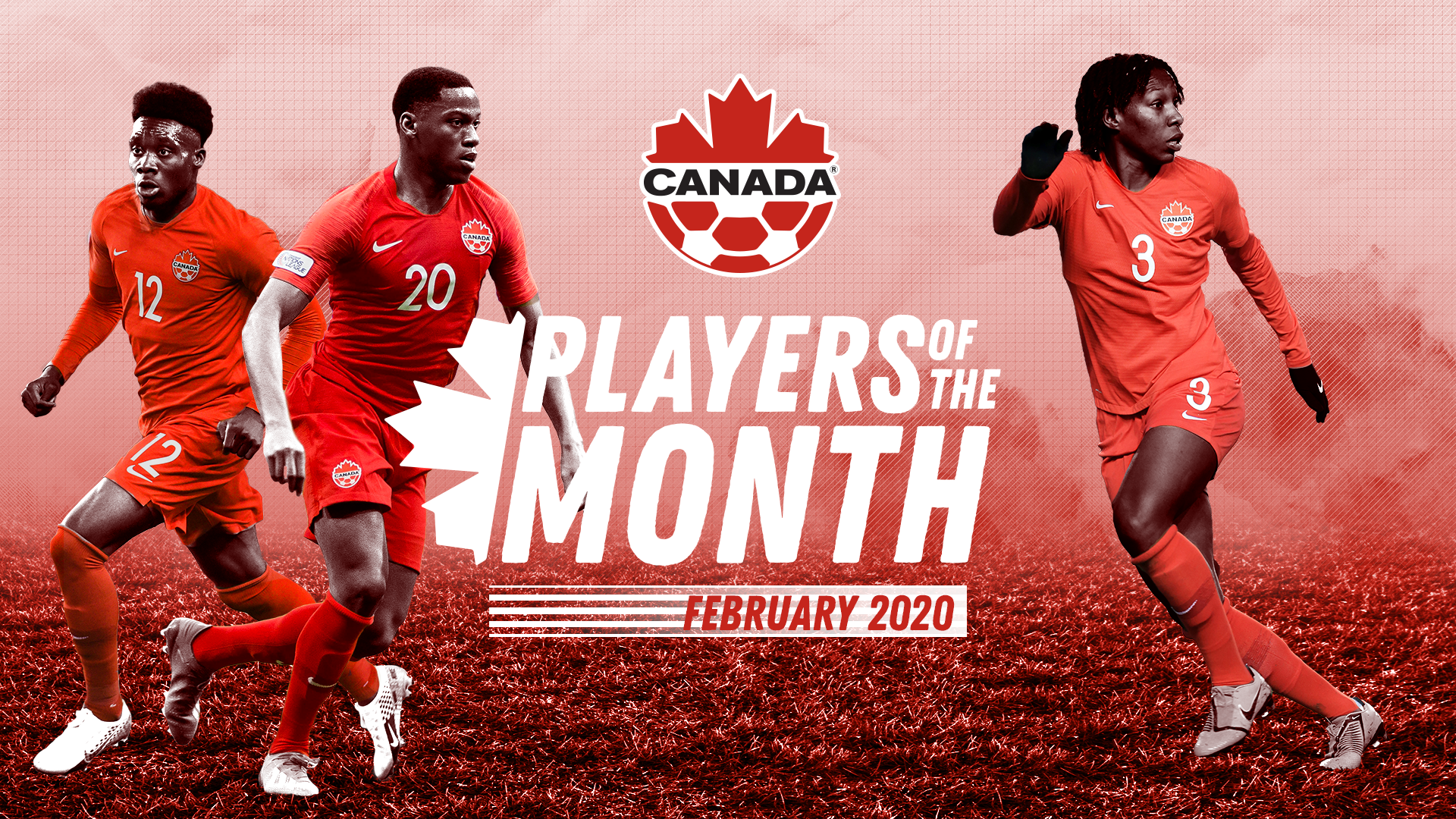 Kadeisha Buchanan along with both Jonathan David and Alphonso Davies have been named Canada Soccer’s Players of the Month for February 2020. Buchanan was a tournament […]

Kadeisha Buchanan along with both Jonathan David and Alphonso Davies have been named Canada Soccer’s Players of the Month for February 2020. Buchanan was a tournament all-star as Canada qualified for their fourth consecutive Women’s Olympic Football Tournament while David and Davies sparked their respective clubs in both club and continental action.

Buchanan was Canada’s rock on the backline throughout Concacaf Women’s Olympic Qualifying, starting all five matches and being named to the tournament Best XI for the second time in her career. In the group finale against Mexico, she scored an assist on the Shelina Zadorsky goal. She was also the Player of the Match from the Concacaf Final on 9 February in Carson, California. In club action, Buchanan helped FCF Olympique Lyonnais maintain first place in the league standings.

It was a historic tournament for Canada at the 2020 Concacaf Women’s Olympic Qualifying Championship in January and February 2020. After Christine Sinclair set the world’s all-time international goalscoring record in the opening match on 29 January, Canada won their next three matches to qualify for their fourth Olympic Games. Buchanan, Jordyn Huitema, Stephanie Labbé and Ashley Lawrence were all named to the tournament’s Best XI while Huitema won the Golden Boot Award and Labbé won the Golden Gloves Award.

From Europe, Jonathan David and Alphonso Davies dominated Canadian soccer headlines with their performances at KAA Gent and FC Bayern. In Belgium, David scored in four successive league matches, including a hat trick on 23 February which vaulted him into first place in the league scoring race. He scored eight goals in six games, including a goal in UEFA Europa League action against AS Roma. In Germany, Davies helped Bayern go undefeated as they moved ahead of Leipzig in the Bundesliga table. In an away UEFA Champions League match against Chelsea, he registered an assist and drew chants from the fans as Bayern won 3:0 in the opening leg of the Round of 16.

Looking ahead to the coming months, Canada Soccer’s Men’s National Team will play a pair of home international friendly matches on Vancouver Island against Trinidad and Tobago. The two home matches are 27 and 31 March at Westhills Stadium in Langford, British Columbia. Canada Soccer’s Women’s National Team, meanwhile, play three matches in the Tournoi de France in early March and then play at home against Australia at BC Place in Vancouver on 14 April.