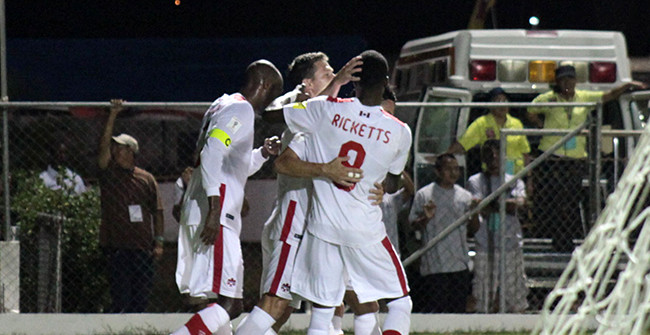 Canada among CONCACAF 12 in next round for Russia 2018

Canada have advanced into the fourth CONCACAF round of 2018 FIFA World Cup Russia Qualifiers after a 4-1 series win over Belize. Canada and five other nations advanced on Tuesday night, joining a group of 12 nations in the 2015-16 continental semi-final stage.

Canada and El Salvador (who won their series 2-0 over Curaçao) advanced to Group A, joining Honduras and Mexico in a six-match, round-robin series from November 2015 to September 2016.

In the other series, Jamaica squeaked past Nicaragua 4-3 on a late goal while Haiti cruised past Grenada 5-1. Jamaica and Haiti join Costa Rica and Panama in Group B.

From the 12 remaining CONCACAF nations, the top two teams from each group will advance to a six-team, 10-match final round in 2017. At the end of 2017, the top three teams qualify for Russia 2018 while the four-best team advances to an intercontinental playoff.