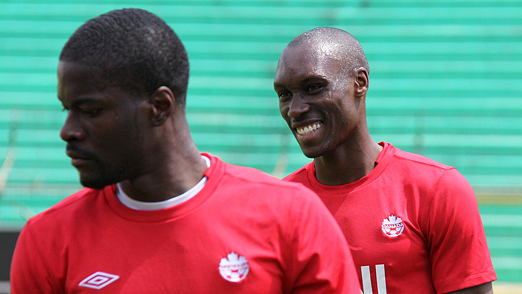 Canada to take on Japan, Belarus as part of 10-day camp.

Canada’s Men’s National Team has announced its 21-player roster for an upcoming pair of Men’s International Friendlies against Japan and Belarus in Doha, Qatar.

The match against Japan will be streamed in Canada on Sportsnet.ca (12.00 ET / 09.00 PT). Live coverage of both matches will be available on Twitter @CanadaSoccerEN. CanadaSoccerTV will be on-site in Doha providing video coverage of the camp.

Tony Fonseca, Technical Director for the Canadian Soccer Association, will act as the interim head coach for both matches at the upcoming camp.

“This camp represents an opportunity to reintegrate our European-based players as we take on two very difficult opponents in Japan and Belarus,” said Fonseca.

“These two matches will be an important platform for our continued preparations for the 2013 CONCACAF Gold Cup and beyond.”

Goalkeeper Tomer Chencinksi, currently playing for Maccabi Tel Aviv FC in Israel will be taking part in his first camp with the national team set-up.

Midfielder Stefan Cebara who plays for Nogometni Klub Celje in Slovenia has been invited into his first camp with the Men’s National Team. Cebara was part of Canada’s Men’s U-20 Team in 2011.

Eighteen-year-old midfielder Samuel Piette, the male selection for Canada Soccer Player of the Month in February, has earned a recall to the senior team after recently taking part in the CONCACAF U-20 Championship with the U-20 side.

The squad features a total of 15 players from Canada’s recent FIFA World Cup™ Qualifiers campaign who will be rejoining the team after missing out on the January camp in USA.

At this time, Canada’s next scheduled competitive action will be the 2013 CONCACAF Gold Cup to take place in USA in July.