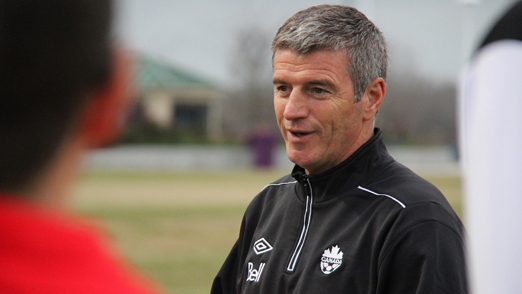 Canada arrives in Houston ahead of derby against Americans

Canada arrived in Houston, TX on Sunday 27 January ahead of a Men’s International Friendly against USA on Tuesday 29 January (local-kick off 20.00). The mach will be televised live in Canada on Sportsnet West and Sportsnet ONE at 21.00 ET / 18.00 PT.

The team trained in Houston on Sunday evening and will take part in a final session at BBVA Compass Stadium on Monday morning.

A young Canadian side endured a tough day at the office on Saturday, losing 4:0 to Denmark in Tucson, AZ, in the team’s first of two January friendlies.

After the match in Tucson, Interim Head Coach Colin Miller spoke of ‘lessons learned’ from the loss against a quality Danish side and the team will be looking to put in an improved performance in the North American derby on Tuesday night.