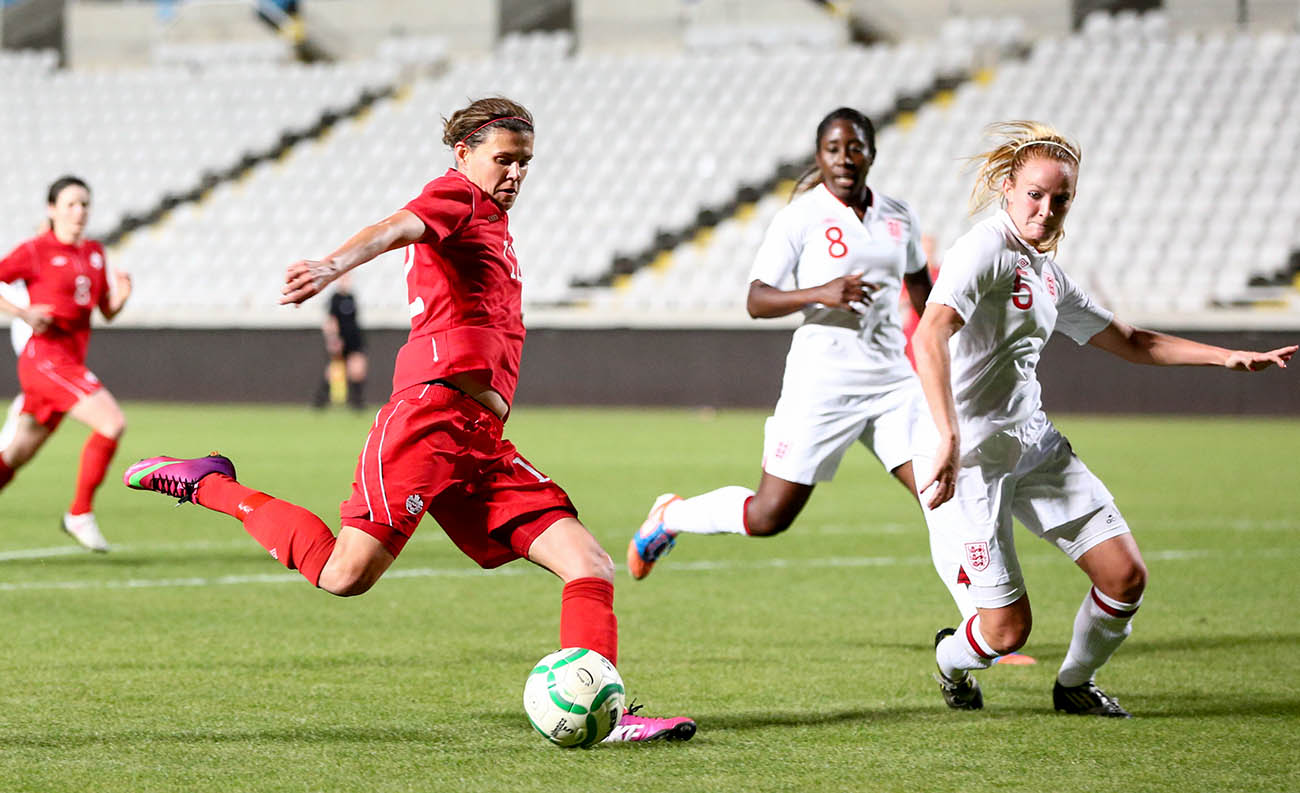 England comes away with 1:0 win and the 2013 Cyprus Women’s Cup title.

Canada suffered heartbreak for the second consecutive year in the final of the Cyprus Women’s Cup – losing 0:1 to England on this occasion on Wednesday 6 March, 2013 at the GSP Stadium in Nicosia, Cyprus.

England’s Rachel Yankey scored the lone goal of the game in the 70th minute and it proved to be the winner as Canada could not muster any clear-cut chances as it fought to get back in the game.

“We will have another opportunity against them next month in England.”

Jonelle Filigno had Canda’s best chance of the game but she could not hit the target with a first-half effort from close range.

Next up for Canada is a Women’s International Friendly against France in Nice, France on 4 April.

The Canadians will then travel to Rotherham, England for another fixture against England on 7 April.