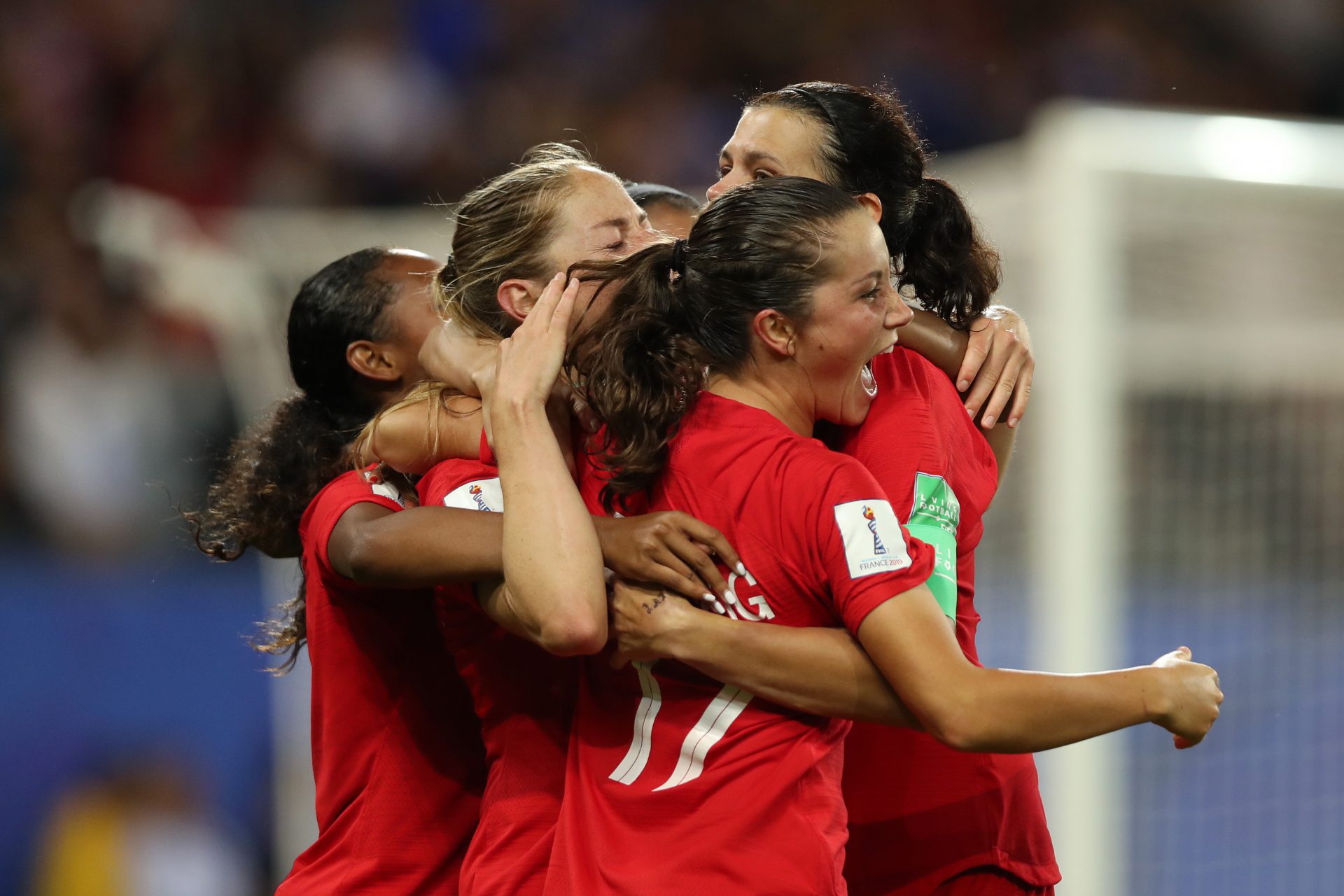 Canada defeat New Zealand 2:0 to earn place in Round of 16 at FIFA Women’s World Cup France 2019™

Canada Soccer’s Women’s National Team are into the Round of 16 at the FIFA Women’s World Cup France 2019 after earning their second Group E victory 2:0 over New Zealand on 15 June from Stade des Alpes in Grenoble, FR. Canada will look to secure top spot in Group E in their final Group Stage match on 20 June against Netherlands in Reims, FR.

“We had more shots on goal today than we had in the first group stage match. It was all about finding a way,” said Head Coach Kenneth Heiner-Møller. “We don’t need to pass it in from five yards from the net, but, when we do it’s pretty good. We’re a gritty team. The team is getting better and better, as good teams do in these tournaments.”

After winning the ball back in the defending third, Janine Beckie played a ball over the top to Nichelle Prince who got onto the end of it and took it near the goal line. Prince pulled the ball back to inside the six-yard box to a waiting Fleming who buried the shot behind New Zealand GK Erin Nayler in the 48’.

On the second goal, Ashley Lawrence’s cross into the box to a waiting Sinclair went off the post in the 79’. Prince pounced on the rebound to secure the victory and three points for Canada.

Canada dominated possession in the opening half, for a second straight game. With a fluid formation that saw Jayde Riviere and Lawrence push higher up the pitch with Sophie Schmidt joining Kadeisha Buchanan and Shelina Zadorsky at the back, Canada found plenty of time on the ball in wide areas.

Beckie took a strike from wide on target in the early moments that challenged NZ GK Erin Nayler. With a back three, Canada were able to have their centrebacks step into the play for long spells in the first half.  Zadorsky played numerous balls over the top onto the head of Christine Sinclair and Prince but New Zealand were able to stay compact in defence and ward off most quality chances on goal.

For Canada, the victory over New Zealand marked the first time in its FIFA Women’s World Cup™ history that the team has defeated a Confederation Champion.

Undefeated in 10 straight matches, Canada tied its second-longest undefeated streak with the victory.

Canada started Stephanie Labbé in goal, Ashley Lawrence at left back, Kadeisha Buchanan and Shelina Zadorsky at centre back, Jayde Riviere at right back, and Desiree Scott, Sophie Schmidt, Nichelle Prince, Janine Beckie, Jessie Fleming and Captain Christine Sinclair from the midfield up through to the attack. In the second half, coach Kenneth Heiner-Møller replaced Riviere with Allysha Chapman (75’), Beckie with Rebecca Quinn (83’), and Prince with Adriana Leon (84’).

CANADA AT THE FIFA WOMEN’S WORLD CUP FRANCE 2019™
Canada close out group play against the Netherlands on 20 June in Reims. Beyond the group phase, two or three nations from Canada’s group will advance to the Round of 16 with those initial knock-out matches to be played from 23-25 June. The Quarter-finals will be played 27-29 June and the Semi-finals will be held 2-3 July,leading to the Final of the FIFA Women’s World Cup France 2019™ on 7 July.

“Playing in an away FIFA Women’s World Cup, we hope that the echo from our Canadian fans back home will carry us through our month in France,” said Kenneth Heiner-Møller, Canada Soccer’s Women’s National Team Head Coach and Women’s National EXCEL Director. “It is so special to play in a FIFA Women’s World Cup. You don’t get this moment back. That could be a pressure for some, but it can also provide excitement. We know we have the support from back home and that is very important for us.”


SUMMER OF SOCCER: TOGETHER WE RISE
Canada’s National Teams have embarked on an incredible month of competition during the FIFA Women’s World Cup France 2019™ and the 2019 Concacaf Gold Cup. Your National Teams are united as “Together We Rise” with the momentum for our game stronger than ever. We urge Canadians to rally behind your National Teams as our Canada Soccer Nation strives for best-ever performances.