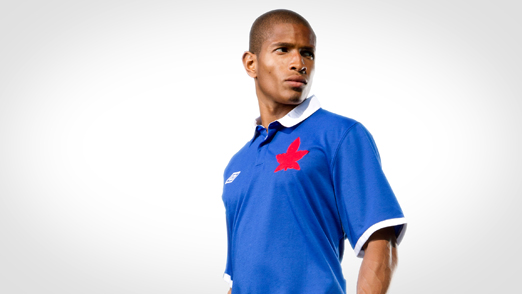 The Canadian Soccer Association announced details for its Centennial celebrations

Toronto, ON, 10 May 2012 − The Canadian Soccer Association announced details for its Centennial celebrations today in Toronto that will continue the momentum for the world’s most popular sport from coast to coast.

Both the Men’s and Women’s National Teams will play in Centennial home matches within a few days of each other. Canada will kick things off when they host China in a Women’s International Friendly in Moncton, New Brunswick on 30 May. This match will be their final one on home soil before the team competes in the Olympic Women’s Football Tournament at London 2012.

On 3 June, the Men’s National Team will begin its 2012 home season with a Centennial match against cross-border rivals USA at BMO Field in Toronto. This match will commemorate the first official match that Canada played on home soil when they defeated the Americans 1-0 on 27 June, 1925 at Alexandra Park in Montreal. To mark the occasion, Canada will wear a Centennial kit specially designed by Umbro. The Women’s National Team will also wear the Centennial kit on 30 June when they meet the USA at Rio Tinto Stadium in Sandy, Utah. Limited quantities of the Centennial jersey and anthem jacket are both available for sale at canadasoccer.com along with a special edition Centennial cap from New Era.

The Canadian Soccer Association marked its Centennial this past week-end during its Annual General Meeting and a special celebratory dinner. In attendance to offer their congratulations on the 100th anniversary was FIFA President Joseph S. Blatter.

“The Canadian Soccer Association is pleased to celebrate its past, present and future as we continue our year-long tribute to 100 years of the beautiful game in this country,” said Victor Montagliani, newly elected President of the Canadian Soccer Association. “We look forward to having Canadian players, coaches, administrators and fans from the grassroots through to our National Teams join in the celebration. We commend Umbro and their historically relevant Centennial kit that is an important part of our sport’s history in this country.”

Officially launched in January during the 2012 CONCACAF Women’s Olympic Qualifying tournament in Vancouver, the official Centennial logo is featured on numerous Canadian Soccer Association platforms including a dedicated web micro-site, National Team home match assets, participant badges on 2,000 player uniforms at the All Star and National Club Championships, and stickers and tattoos distributed to over 100,000 Active Start Soccer Fest participants across the country.On May 24th, 10 days of celebration will commence with the release of two teams of “Best XIs in 50 Years” (1912-1962 and 1963-2012), Top 10 Moments in Canadian Soccer history, and online fan voting for the All-Time Canada XI in both men’s and women’s football. The 10 days will culminate with The Soccer Hall of Fame Induction Ceremonies and Men’s Centennial match.

The Men’s Centennial match will serve as an important warm up as they continue their mission to qualify for the 2014 FIFA World Cup Brazil™. Canada will face familiar foe Honduras in a highly anticipated 2014 FIFA World Cup Qualifiers™ showdown on 12 June. The season concludes with crucial home matches against Panama on 7 September and Cuba on 8 October.

Complete ticket and schedule information is available through canadasoccer.com/seetheerise.

Building on the momentum generated during the previous round of 2014 FIFA World Cup Qualifiers™, during which Canadian Supporters helped to paint BMO Field red across three matches in the fall of 2011, the Canadian soccer community is once again being called on to help make BMO Field a fortress of Canadian support.

About the Canadian Soccer Association

For more details on the Canadian Soccer Association, visit canadasoccer.com