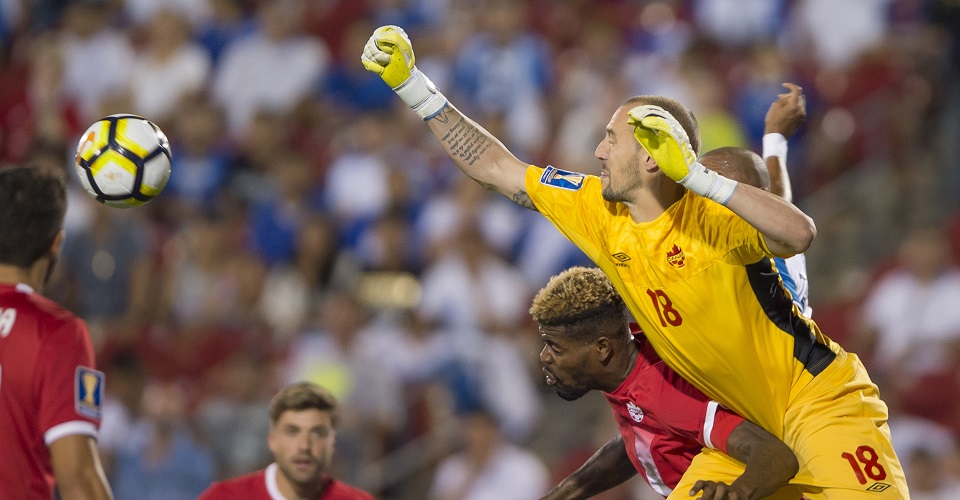 Canada have reached the final eight of the 2017 CONCACAF Gold Cup after a 0:0 draw with Honduras. Canada finished second in Group A with five points going undefeated with a win and two draws in the group phase.

By finishing second in the group, Canada will travel to Phoenix for their quarter-final match on Thursday, July 20th. All eight quarter-finalists, including Canada’s opponent, to be confirmed with the close of the group phase on Sunday 16 July.

“The most important thing for us right now is us. If we play like we have up to now, we’re on to something. It’s more about us than the opponent,” said Men’s National Team Head Coach Octavio Zambrano. “I have seen improvements from game to game. The players are empowered by the knowledge that they can play with anyone on equal terms.”

“The players believe that we can win and that is a good thing for this young group.‎ We know anything is possible,” said Captain Patrice Bernier. “The first game was a big step forward and through the next ‎we can see that mentality shift in the group.”

CANADA’S KEY MOMENTS:
From a free kick in the 22nd minute, Junior Hoilett’s cross was headed to the back post by Lucas Cavallini and fired on target by Marcel de Jong, however, the left-footed strike hit the post.

Late in the first half, Michael Petrasso, standing at the post on the corner, cleared a Honduran header off the goal line after it was headed past everyone and onto goal.

Steven Vitoria was able to knock away another goal line clearance in the 85th minute to keep the match even as injury time was lurking.

Canada was close again in the 72nd minute on a wonderful dipping Jonathan Osorio shot that nearly got under the bar, but the outstretched goalkeeper got a hand on it to tip it wide.

Goalkeeper Milan Borjan came up huge in the closing minutes of the match getting his hands to a shot off a corner kick that was destined to secure three points for Honduras.