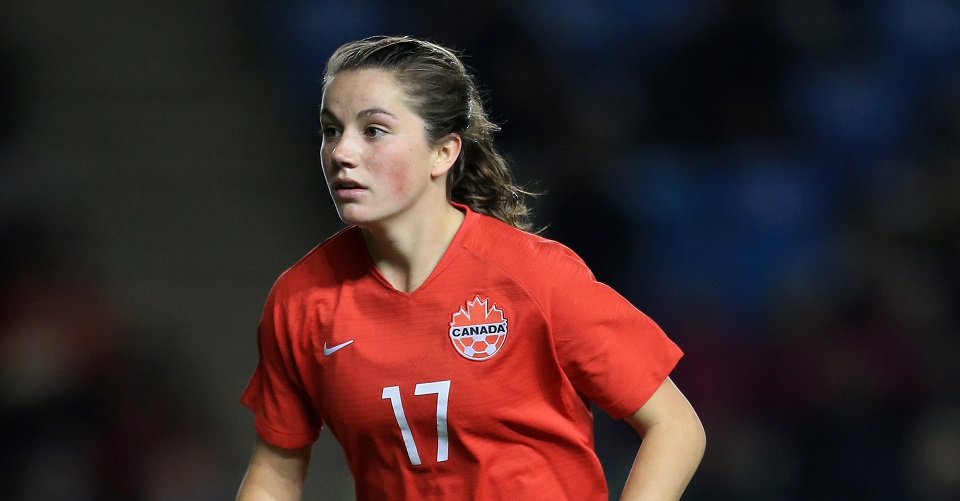 Canada faces Nigeria on heels of 1-0 win over England

“I think we had a great all-around team performance against England and we were excited to get the win,” said Centre back Shelina Zadorsky. “I think Nigeria will be a fast team and they will be hardworking and aggressive so we will have to keep the mentality to fight for every ball and be the first to it, and then hopefully put some goals away.”

The late edition of Nigeria to Canada’s April International break match schedule is a welcome development for the team and coaching staff as Canada prepares to face Cameroon in their opening match of the FIFA Women’s World Cup France 2019™. Canada has never met Cameroon in competitive action, so getting some experience now against strong African opponents will be vital in preparing for the critical match on 10 June in Montpellier, France.

“Like Nigeria, Cameroon is very athletic and front-footed, and they can have some attacking flair, so I think we will have to be very organised defensively against African opponents and be able to get numbers forward quickly,” added Zadorsky.

Canada has not beaten Nigeria in the team’s two previous encounters – both International Friendlies. Nigeria defeated Canada 1:0 in 2011 at Rudolf-Harbig Stadium in Dresden, Germany and the teams tied 3:3 in 1995 at Olympia Stadium in Helsingborg, Sweden. Christine Sinclair, Desiree Scott and Sophie Schmidt are the only Canadian players on Friday’s roster who have seen action against Nigeria in the past.

“This is another chance for us to rehearse before the (FIFA Women’s) World Cup and another good game to play,” said midfielder Jessie Fleming. “Nigeria is an athletic team, a fast team, so it gives a good opportunity to prepare to head into the (FIFA Women’s) World Cup. Going into the game we are sticking to our game plan, coming off a good performance against England, having gained a little bit of confidence from that, we hope to carry that over into our next match.”

Nigeria has qualified for every edition of the FIFA Women’s World cup and is also preparing for France 2019, where they will face Norway, Korea Republic and hosts France in Group A.