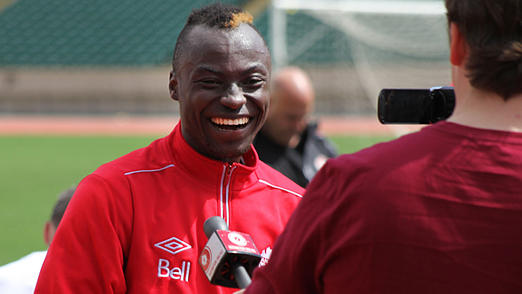 Canada has announced its 23-man roster for the CONCACAF Gold Cup – with action at the tournament set to begin on 7 July.

Following up on Tuesday’s announcement of a 22-man roster for the team’s pre-tournament training camp in Oxnard, CA – Canada has added defender Nana Attakora to the roster to round out its 23-player submission of eligible players for the Gold Cup.

The Men’s National Team will kick-off the Gold Cup on 7 July against Martinique in Pasadena, CA; will then travel to Seattle, WA for an 11 July fixture against Mexico; and will then close-out the group stage with a match against Panama in Denver, CO on 14 July.

The team is in the midst of a 10-day training camp in Oxnard ahead of the beginning of the tournament.

All of Canada’s matches at the tournament will be broadcast on Sportsnet World. CanadaSoccerTV will also be on-site at all venues providing additional coverage.