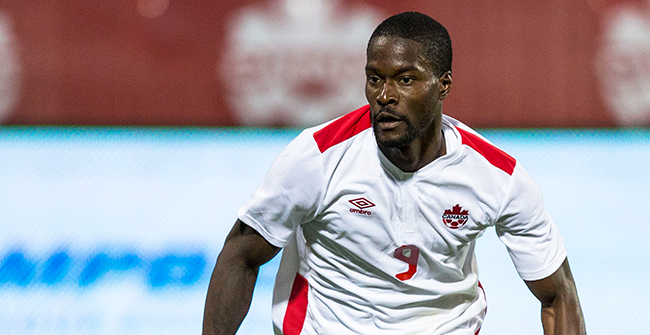 Canada gets back on track with 4:0 win over Mauritania

Canada stopped a first-half penalty and scored four times in the second half en route to a 4:0 win over Mauritania. Goalkeeper Simon Thomas posted the clean sheet while Tosaint Ricketts (two), Steven Vitória, and Marcus Haber scored the goals in the Thursday 6 October Men’s International Friendly.

Canada are in Marrakech for the current FIFA international window, with an upcoming Tuesday 11 October match against hosts Morocco at the Grand Stade de Marrakech. The match kicks off at 20.00 local (15.00 ET / 12.00 PT).

In the Thursday match against Mauritania, Canada scored three goals in six minutes before the one hour mark (Ricketts 52′, Vitória 56′, Haber 58′) and then added a fourth with just 10 minutes to go (Ricketts 80′).

“The players’ reaction at half-time was positive and beneficial to what you saw in the second half,” said Michael Findlay, Canada Soccer’s Men’s National Team Interim Head Coach. “You have to be happy with that transfer of attitude and ultimately the four goals we produced.”

Key Moments of the Game

20′ – Simon Thomas penalty save – The kick by the France-based centre back Abdoul Bâ, however, was stopped by the Canadian goalkeeper Thomas.

50′ – Adam Straith header cleared on the line – From a Scott Arfield corner kick, Adam Straith’s header is saved off the line by the goalkeeper.

52′ – Tosaint Ricketts goal – Mauritania turned the ball over in their final third and Junior Hoilett pounced on the opportunity. He drove to the end-line and crossed to Ricketts who tapped it in from a yard out.

56′ – Steven Vitória goal – Scott Arfield delivered a lofted free kick from the right and both Marcus Haber and Tosaint Ricketts kept it alive in the area. From a Ricketts header, Steven Vitória smashed a volley into the top left corner from eight yards out. It was Vitória’s first international goal.

58′ – Marcus Haber goal – Down the left side, Maxim Tissot took on his opponent and then crossed the ball into the box for an on-rushing Marcus Haber who buried it at the back post.

80′ – Tosaint Ricketts goal – Fraser Aird did well to beat his man in midfield with a cut-back, then played it in to Tosaint Ricketts who took one touch to tee it up before finishing crisply to the bottom left corner.