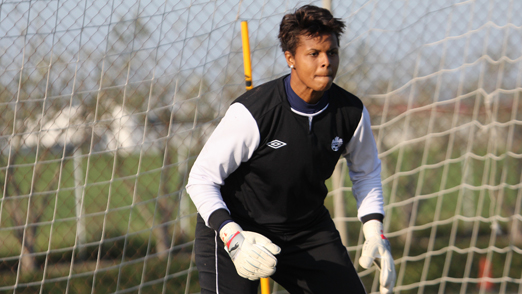 After taking a maximum six points from its opening two matches in Cyrpus, Canada sits atop Group B and would be likely to advance even should the team lose its final group-stage match – but Head Coach John Herdman is urging his players to focus on a putting in a strong performance against the Dutch.

“Certainly we want to finish top of the group and beat the Netherlands,” said Herdman after Canada’s training session on 3 March.

“There’s going to be an exciting challenge out there, and I think the girls are ready for it.“

Canada, the two-time defending champion at the Cyprus Cup, defeated Scotland 5:1 on 28 February in its first match before scoring late to beat Italy 2:1 on 1 March in its second contest at the tournament.