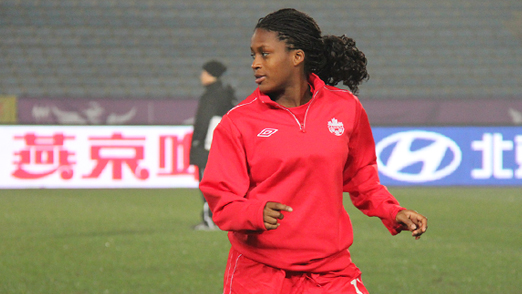 Canada to take on Norway in final match in China.

The match has the potential to determine which team will win the four-team round-robin tournament, but Canadian Head Coach John Herdman isn’t paying the chance for the competition’s honours any attention.

“I’m not even giving any consideration to our final standing at this tournament,” said Herdman after Canada’s final training session of the camp in China.

“What’s important is that the players are progressing. The statistics from the Korea Republic game were better than the China PR game in terms of possession and time spent in the opposition half.

“Norway offer a completely different style. They are very physical and apply high pressure – so it will be interesting to see how we adapt to that approach.”

Canada has given first caps to all seven of the players who entered the tournament without senior experience as the Canadian coaching staff begins its long-term preparations for the FIFA Women’s World Cup Canada 2015.

Fans will be able to follow limited live coverage on Twitter. Full highlights and post-match reaction will be uploaded to CanadaSoccerTV.