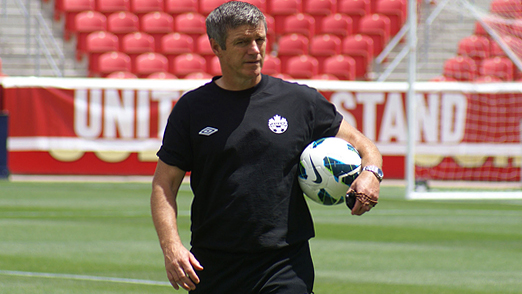 Canada looking towards ‘future’ at camp in Arizona

Canada opened its training camp in Scottsdale, AZ under the guidance of interim head coach Colin Miller on Sunday 20 January.

The Men’s National Team has selected its youngest squad since May 2006 for the camp as the search for the future identitiy of the Canadian team begins in earnest following a disappointing exit from FIFA World Cup Brazil 2014 Qualifiers™ last October.

“One of our key objectives for this camp is to look towards the future and give some of our young players a chance,” Miller told the national media on 18 January.

Following five days of training in Scottsdale, AZ – Canada will take on Denmark in a Men’s International Friendly on 26 January in Tucson, AZ. The Canadians will then take on USA in another friendly on 29 January in Houston, TX.

On-site coverage of Canada’s camp via @CanadaSoccerEN and CanadaSoccerTV will begin on 23 January.