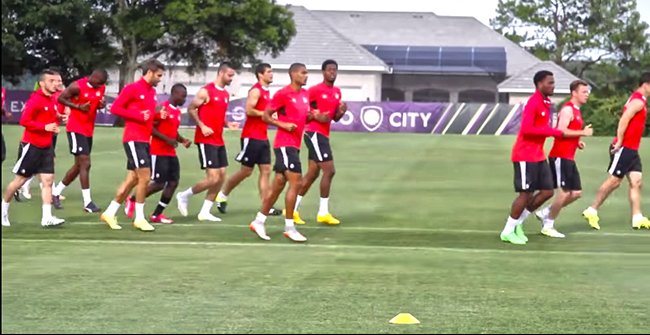 For the first time in almost two years, Canada’s Men’s National Team are on the eve of official competition as they’re set to begin their 2018 FIFA World Cup Russia™ qualifying campaign.

Since he assumed charge of the team, the focus for Benito Floro as Head Coach was to develop certain aspects of Canada’s tactical game—and this is the time for all that work to pay off as Canada opens a two-leg series against CONCACAF minnows Dominica on Thursday.

“It’s always the same for me, (I want) to win the game,” Floro said as Canada wrapped up training at the training facility of MLS side Orlando City SC on Tuesday before flying to Dominica’s capital of Roseau on Wednesday.

“It’s the reason we play, to win the game. But at the same time, we want to keep developing our tactical proposals because we need to do on the pitch what we have been training on.”

The team won’t stay long in Dominica. They arrive on Wednesday, and then will play Thursday evening at 19.00 ET / 16.00 PT at Windsor Park, which is used more often for cricket than soccer. After the game they’ll do some recovery in Roseau before flying to Toronto later on Friday.

As is always the case in the Caribbean, Canada will be battling the elements with forecasts predicting temperatures well into the 30s with the humidity making it feel more like the early 40s. Fortunately, an evening kickoff will hopefully mean things cool off a bit.

Canada comes in with a few offensive options that could trouble Dominica on the day. Marcus Haber’s wrapped up a good season with Crewe Alexandra in England while Cyle Larin and newcomer Tesho Akindele have been contributors for their respective MLS clubs.

“I want to come in and work hard and hopefully I can come into the game and score some goals for myself and for my team,” said Larin, who has five goals in 11 games in his rookie MLS campaign. “We need to get results and play well and I think we can do that. We have a good team and we have a good coach behind us.”

The teams wrap up the series with a game at BMO Field in Toronto on 16 June. Tickets are available on Ticketmaster.ca and further details can be found on canadasoccer.com/canMNTvDMA.