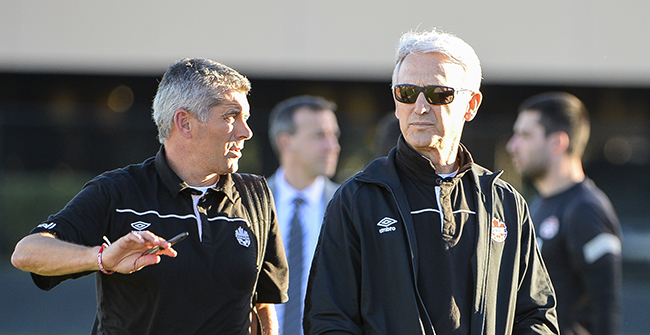 With important matches on the horizon in the CONCACAF region, Canada’s Men’s National Team is getting some final preparations in against regional foes as they’ll get a pair of games in the March international window.

Canada will take on Guatemala and Puerto Rico in a pair of International Friendlies as they get set for FIFA World Cup Qualifiers and this summer’s CONCACAF Gold Cup.

With Benito Floro as Head Coach, Canada has so far played two CONCACAF opponents and are unbeaten in those games after a 3:1 win over Jamaica last September in Toronto and a scoreless draw against Panama in Panama City in November.

Up first will be Guatemala, who were finalists at last year’s Central American Championship tournament in the United States. Canada’s won the last three meetings between the two nations.

That game takes place on Friday 27 March (16.30 local) at Lockhart Stadium in Fort Lauderdale, Florida. The team will then be heading to San Juan, Puerto Rico in advance of the second game of the camp on 30 March (19.30 local).

The second game will take place in Bayamon, Puerto Rico, and the last time Canada was on the road there was in 2011 when Canada were 3:0 winners in a FIFA World Cup qualifying match.

After this camp, the next time Canada will be in action is in June when they’ll kick off qualifying for the 2018 FIFA World Cup Russia™ with a home-and-away series against either the British Virgin Islands or Dominica.