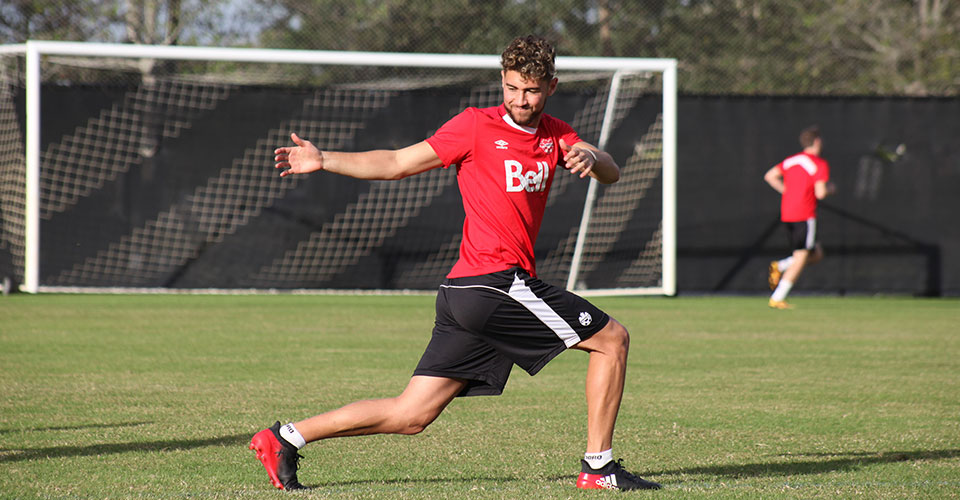 Canada continues their January training camp ahead of a weekend away Men’s International Friendly match against Bermuda. Canada Soccer’s Men’s National Team will face their CONCACAF rivals at the Bermuda National Stadium on Sunday 22 January, their first international match of the 2017 season.

“It has been a vibrant and positive atmosphere,” said Michael Findlay, Canada Soccer’s Men’s National Team Interim Head Coach. “It has been a very competitive environment and it has provided us with some early assessment and evaluation for the 2017 season.”

The Men’s National Team camp predominantly features players from clubs in out-of-season leagues in North America. Alongside preparing for the international match, the camp is structured to give players an early jump on the 2017 season ahead of their club pre-seasons.

Canada trains in Fort Lauderdale, FL, USA from 12-18 January, then travel to Bermuda. Only 18 players will be selected for travel on 19 January.

CANADA v BERMUDA
The 22 January 2017 Bermuda v Canada match will kick off at 15.00 local and be broadcast live on canadasoccer.com (14.00 ET / 11.00 PT). The international match will help kick off Canada’s 2017 season, which will include the biennial CONCACAF Gold Cup in July.