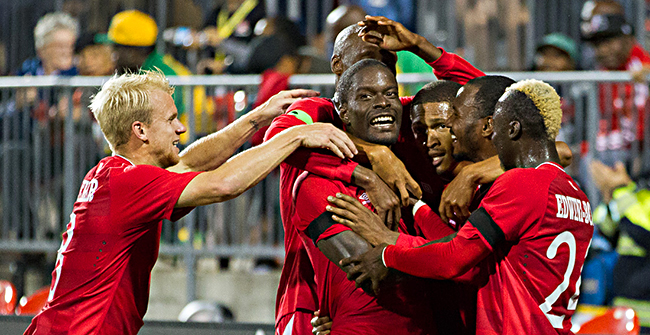 For their first game at home since the appointment of Benito Floro as Head Coach, Canada’s men’s national team wanted to show the Canadian supporters the progress that’s been made in the past few months.

With a 3:1 win over Jamaica, Canada showed that the steps they’ve been taking are definitely in the right direction.

And while there are still things that still need some work, the fact that the team rallied for the third straight game after going down a goal and this time came away with an emphatic victory, there is reason for optimism.

“We are now about 40%,” said Floro, clearly knowing that this is but a first step that hopefully leads towards bigger things. “We need to increase our pressing. We need increase our offensive throw-ins and take advantage of these moves and we need to look for forwards and wingers often. Today in the first part, we got 10-12 crosses that were perfect so we need to take advantage of this.”

The games that really matter are still some months away so there is still plenty of time to smooth over the rough areas but with a first win under Floro, Canada’s showing that the rebuild is well and truly on.

Canada was organized in possession and save for some lapses at the back where goalkeeper Milan Borjan was in top form, they were comfortable for large stretches of the game.

“I’m happy because the result was very important for the players. We created a lot of scoring chances,” said Floro. “The attack for our team is good and I think several of our moves were the result of a good attack. The grass was very fast today and it was perfect but it was difficult to control the ball at times.”

So now Canada’s riding a three-game unbeaten streak and haven’t yet lost a game in 2014. With five goals in three games, the numbers are starting to go in Canada’s favour with still plenty of room to grow.