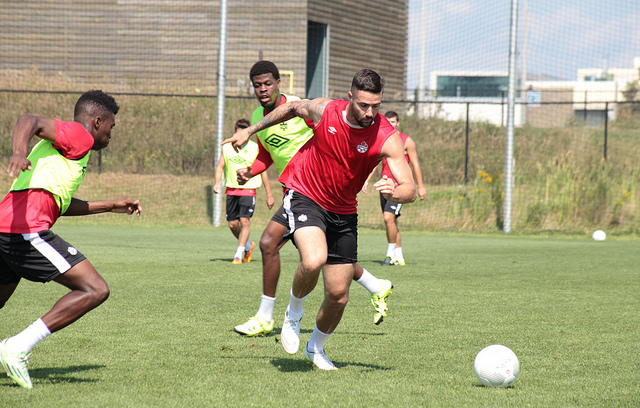 Canada has named a 24-player roster for the upcoming Men’s International Friendly match against African runners-up Ghana on 13 October 2015. The roster features a blend of experience and new faces as Canada continues preparations for November’s FIFA World Cup Qualifiers in Vancouver.

“It is always important to provide an opportunity to new players to be integrated into the team from a tactical and social point of view,” said Canada’s head coach Benito Floro. “To be part of future camps and our journey to Russia 2018, it was essential we brought them into our program this month for the Ghana match.”

By the final CONCACAF round of FIFA World Cup Qualifiers in 2017, the typical national squad may feature 40 players. With the new faces this month, Benito Floro has picked 53 active players for national camps in 2015. From that group, 35 of Floro’s picks are 26 years or younger (born 1989 or later).

“Things are progressing well on all fronts and we now look forward to our next challenges,” said Floro. “We will continue to focus on our key objectives and the required performance standards for the team moving into the next stage of FIFA World Cup Qualifiers.”

Beyond the friendly against Ghana in October, Canada will face Honduras, El Salvador and Mexico in the CONCACAF semi-final round of 2018 FIFA World Cup Russia™ Qualifiers. Canada opens the round at home on 13 November in Vancouver at BC Place, with tickets on sale now through Ticketmaster.

Fans can follow the team on Twitter @CanadaSoccerEN and contribute to the conversation using #canMNT. Video reactions and post-match reports will also be posted regularly to canadasoccer.com and CanadaSoccerTV.