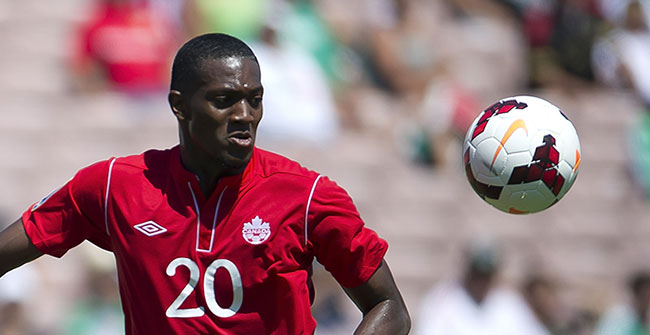 Canada MNT to face Bulgaria in May

Canada MNT will take on Bulgaria in a closed-door friendly at the Sonnenseestation in Ritzing, AUT on 23 May

Canada’s Men’s National Team will get their first international of 2014 as they’ll take on Bulgaria in a friendly at the Sonnenseestadion in Ritzing, AUT on 23 May, 2014. This will be the first meeting between the two countries at the Men’s International “A” level.

It will be the second camp of the year for Canada after a very young group made up mostly of players who will be eligible for the 2016 Olympic qualifying campaign, trained in Sunrise, Florida, prior to beating the Fort Lauderdale Strikers of the North American Soccer League.

The squad will arrive into Austria on 18 May and will train after the game, finally breaking camp on 28 May.

This will be the second time Canada will be based in Austria. Last November, in Head Coach Benito Floro’s third camp in charge of the team, Canada trained in Bad Waltersdorf prior to games against high quality opponents in the Czech Republic and Slovenia.

Canada lost 2:0 to the Czech Republic and 1:0 to Slovenia but they were very competitive in both matches.