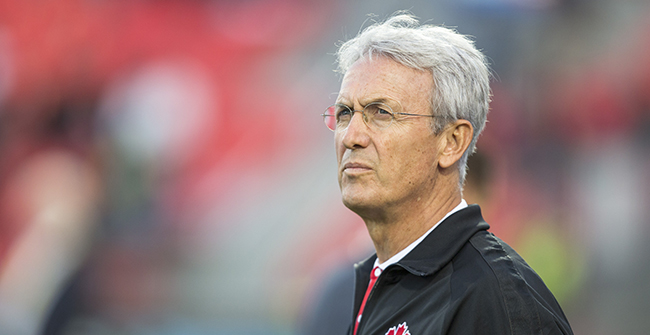 The team is coming down to their final few chances to prepare before they get back to competitive action with the 2015 CONCACAF Gold Cup.

A busy year for Canada’s Men’s National Team is getting underway in January as Canada will take on Iceland for a pair of Men’s International Friendlies in Orlando, Florida, USA on Friday 16 January and Monday 19 January.

After playing a schedule of five friendlies in 2014, the team is coming down to their final few chances to prepare before they get back to competitive action with the 2015 CONCACAF Gold Cup.

But as was the case for the January camp in 2014, most European-based players won’t be available, as this camp won’t fall under FIFA international dates. Canada’s Men’s U-20 Team will also be in action at the same time in Jamaica so this camp will largely be made up of U-23 and North American-based players.

“We need to understand that this is a special camp due to the European players being unavailable so we need to practice with the youth players,” said Head Coach Benito Floro. “But it is a teaching opportunity for the youth players and some continued development of the attack with the first team players.”

The two nations have only played each other once before. In 2007 they played in Iceland and 1:1 was the final. Olivier Occean was the scorer for Canada on that day.

This time, however, both games will be played at the University of Central Florida soccer stadium.

“We are going to play two games against Iceland so we need to understand this is a preparation for the next camp in March,” said Floro. “The roster will be formed with U-23 players and some senior players. We’ll want to see good pressing and work on the attack.”

Iceland narrowly missed out on qualifying for the FIFA World Cup Brazil 2014 after losing to Croatia in a playoff. They’re currently ranked 33rd in the FIFA rankings.