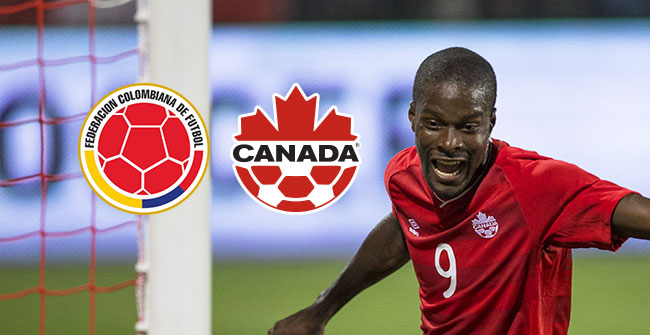 Canada’s Men’s National Team will look to build on the positives of their recent win as they face Colombia on 14 October 2014. The Canada-Colombia match, the second of a double-header also featuring Ecuador and El Salvador, will kick off at 21.15 ET / 18.15 PT at Red Bull Arena in Harrison, NJ, USA.

Head Coach Benito Floro and his squad will face a Colombian team fresh off an impressive quarter-final 2014 FIFA World Cup performance, having just equalled their highest-ever position in FIFA Rankings since July and August 2013.

Following the spirit-lifting 3:1 win over Jamaica on 9 September, Canada will focus on continuing to work on the second phase of the team’s development, which will culminate with the 2015 CONCACAF Gold Cup and the start of qualifying for the 2018 FIFA World Cup™ Russia.

Broadcast information for the match will be shared on canadasoccer.com as it is becomes available.

Canada is also scheduled to play in Panama on 18 November 2014.