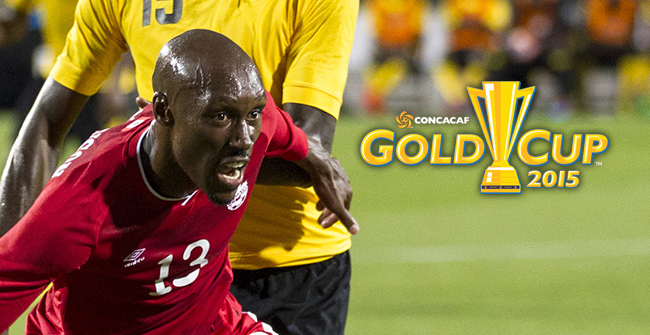 canMNT in Group B at this summer’s 2015 CONCACAF Gold Cup alongside Costa Rica, El Salvador, and Jamaica.

Canada’s Men’s National Team will play out of Group B at this summer’s 2015 CONCACAF Gold Cup alongside Costa Rica, El Salvador, and Jamaica.

The team will start on the west coast at the StubHub Center in Carson, California, where they’ll take on Central American side El Salvador on Wednesday 8 July at 22.30 ET / 19.30 PT. They’ll then head south to Texas where they’ll take on Jamaica on Saturday 11 July at 18.30 ET / 15.30 PT at the BBVA Compass Stadium in Houston.

But it’s the final game of the group that is the most exciting, as it will be the first time that Canada will host a game in a Gold Cup competition and it will feature the home side taking on Costa Rica at BMO Field in Toronto.

Costa Rica is the top team in the group and is a side that came just short of a berth in the semi-finals as last summer’s 2014 FIFA World Cup Brazil.

The top two teams and the best two third-place from the three groups will qualify for the tournament’s quarterfinals.

CONCACAF also announced on Thursday that Philadelphia, Pennsylvania area will host the final and the third-place game. It will be the first time since 2003 that there is a third-place game.

The third place game will take place at PPL Park, the home of the Philadelphia Union in Chester, Pennsylvania with the final taking place at Lincoln Financial Field.