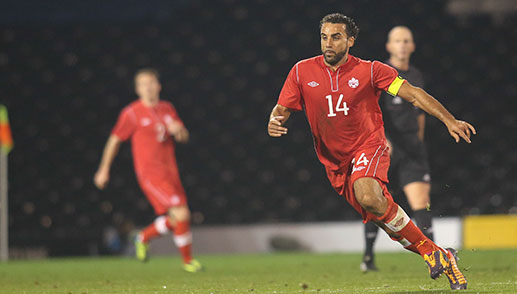 Canada MNT to take on Czech Republic in November friendly

Canada’s Men’s National Team will take on the Czech Republic in a Men’s International Friendly on 15 November in Olomouc, CZE.

Canada’s Men’s National Team gets yet another game against strong opposition, as they’ll take on the Czech Republic in a Men’s International Friendly on 15 November (kickoff 17.00 local time) in Olomouc, CZE.

The game will take place exactly a decade after the two nations last played each other. The last time the two teams met, the Czechs went onto beat Canada 5:1 with Tomasz Radzinski getting the only goal for Canada on 15 November 2003. At the time, Colin Miller was interim head coach for Canada.

The Czechs are currently ranked 27th in the latest FIFA rankings and narrowly missed out on qualifying for the 2014 FIFA World Cup™ in Brazil after finishing third in UEFA qualifying Group B behind Denmark and Italy.