On the Road to Russia, more than 300,000 spectators attended the 12 CONCACAF matches in March 2016, with the Canada-Mexico series accounting for nearly 40% of that total. A home crowd of 54,798 fans at BC Place in Vancouver on 25 March – more than double the collective average of 25,321 spectators – was followed by 64,340 fans in attendance at Azteca in Mexico on 29 March.

Canada Soccer’s home match set a national record for the largest in-stadia attendance for a Canadian national team event of any sport held in Canada. It marked the fourth time in the last 10 months that one of Canada Soccer’s national teams drew more than 50,000 spectators, having done so three times last year at the FIFA Women’s World Cup Canada 2015™.

“The atmosphere at the Canada-Mexico international soccer match was incredible, with more than 40,000 of those boisterous fans dressed in CanadaRED,” said Victor Montagliani, President of Canada Soccer. “It is a sign of how far the game has come in Canada.”

With St. Vincent & the Grenadines eliminated on Tuesday, Canada is now one of 11 CONCACAF nations still in the hunt for a spot at the 2018 FIFA World Cup Russia™. Two more matches in this CONCACAF semi-final stage will be played in September, with perfect Mexico the only nation already guaranteed a spot in the final stage (otherwise known as the “Hex”). In Group A, Canada, El Salvador, and Honduras are battling for second place and a spot in the “Hex.”

From the “Hex” in 2017, the top-three CONCACAF nations qualify for Russia 2018 while the fourth team advances to an intercontinental playoff. 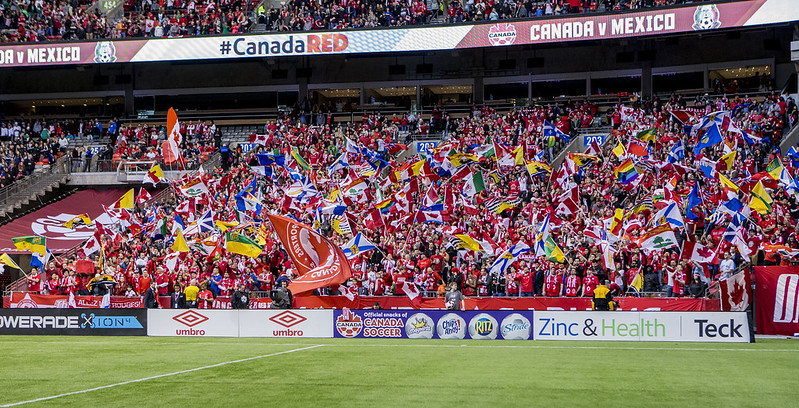