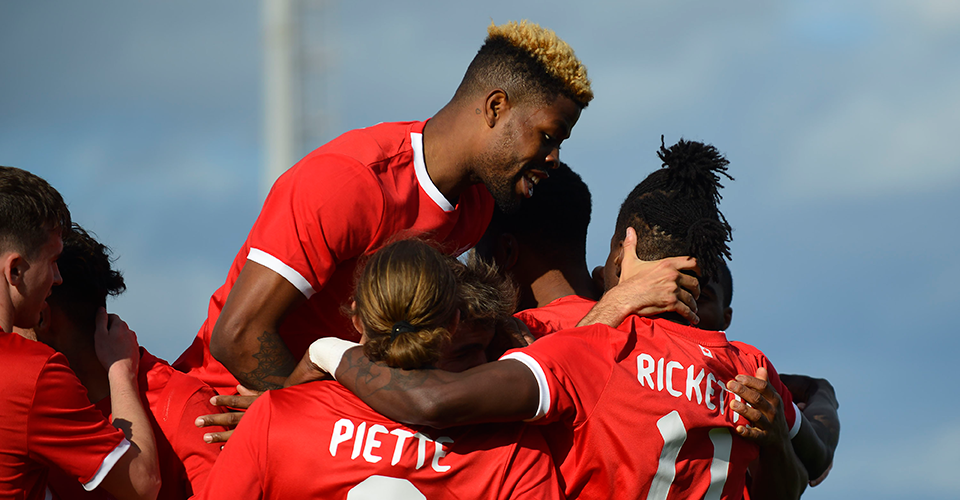 Canada won 1:0 in their opening match of the 2018 season as head coach John Herdman made his Men’s National Team coaching debut a positive one over New Zealand. Tosaint Ricketts was the goalscorer, Milan Borjan and his backline posted the clean sheet, and 18-year old debutant Liam Millar put forth a man of the match performance.

In all, coach Herdman debuted three new players: Millar, Marcus Godinho, and David Wotherspoon. Also back in action was centre back David Edgar for the first time in over a year in the international victory.

“I am just happy for the boys because they put in a good shift this week,” said John Herdman, Canada Soccer’s Men’s National Team Head Coach.‎ “They showed resilience and came out in the second half and controlled the game.

“I think this is just the start. Speaking to some of the boys coming off the pitch, they were excited about some of the things that were happening out there. There’s a lot more to come and that’s the great thing about this group.”

The match provided a debut for both coaches with their respective national teams, with Herdman in charge of Canada and Fritz Schmid in charge of New Zealand.

After a scoreless first half, captain Dejan Jakovic had the excellent vision to spot Ricketts on the run. Jakovic played the ball over the defenders to Ricketts who chested the ball down, took his breath, and then fired it past the goalkeeper for the 1-0 lead. It was the 16th international goal of Ricketts’ career.

“This week has been about focusing on our identity, so coming away with the principles we have laid out was important,” said Herdman. “We need to be clear in our priorities on what is going to take us through to the 2022 FIFA World Cup but also towards winning at home at the 2026 FIFA World Cup that we hope will be played in  Canada.”

There was a clear vision throughout the camp in Spain, with the players building on the opportunity to prepare  for the meaningful matches in the future. Moving forward, Canada Soccer’s Men’s National Team Program will look to work with the professional clubs in tracking, monitoring, and progressing players.

“It is coming fast and we have to take the small steps now to make sure that, when the time comes, we will be ready,” said midfielder Samuel Piette.

CONCACAF NATIONS LEAGUE
Canada next look ahead to CONCACAF Nations League Qualifying competition that kicks off September 2018. Concacaf Nations League, the new national team competition platform created to maximize the match dates presented within the FIFA international calendar, features a 68-match schedule with Canada playing U.S. Virgin Islands away in September 2018, Dominica at home in October 2018, St. Kitts & Nevis away in November 2018, and French Guiana at home in March 2019.