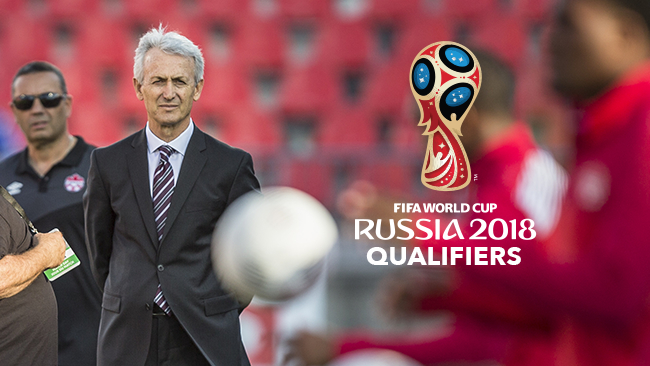 Canada will see an experienced side head into the third round of qualifying for the 2018 FIFA World Cup Russia™ as Head Coach Benito Floro has selected 22 players that will take on Belize in a home-and-away series.

The team begins training on Monday 31 August in advance of the Friday 4 September match at BMO Field in Toronto. Tickets to the match, presented by BMO, are available via Ticketmaster.ca starting at just $20. The match will also be broadcast across the country on canadasoccer.com.

“I think that Belize is going to try to play a counterattacking style,” said Floro. “We need to have a good level over the two games against them.”

Following the home leg, Canada will then travel down to Belize for the second leg that takes place at FFB Field in the country’s capital of Belmopan on Tuesday 8 September.

The winner of the series moves into the fourth round that gets underway in November. That will be a four-team group that includes Mexico, Honduras, and the winner of another third round tie between El Salvador and Curaçao.

“We need to maintain our concentration against Belize,” said Floro. “It is very important to score goals and continue our strong play at the back. We consider that this is a good team and we must treat them with respect because in eliminatory games like this there are no small teams.”

The two teams haven’t met since June 2004 when they faced each other in another FIFA World Cup Qualifier. Canada won the two-game series with an 8-0 aggregate win with both matches taking place in Kingston, as Belize didn’t have a suitable facility to host a game at the time.