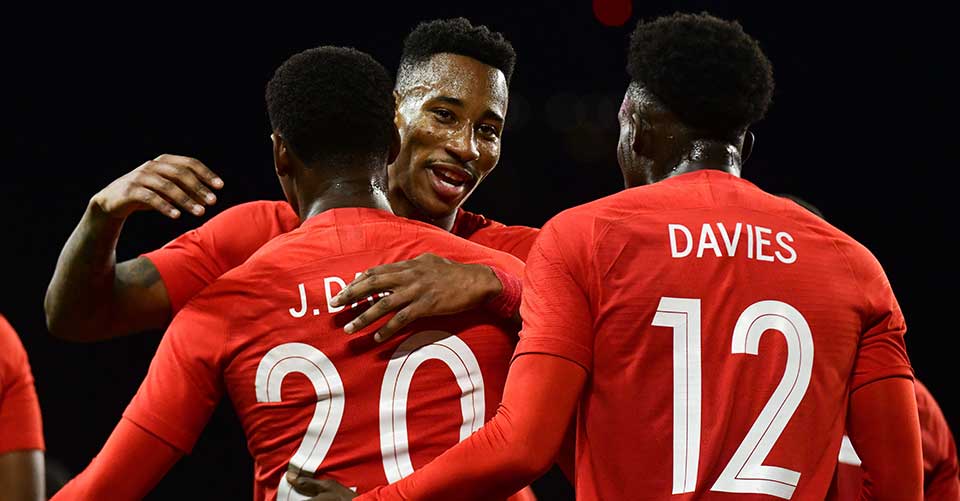 Canada Soccer’s Men’s National Team will play an important home-and-away series against rivals USA in Toronto, Ontario and Orlando, Florida as part of 2019-20 Concacaf Nations League. The two League A matches bring together the Concacaf neighbours in competitive home-and-away football series for the first time in more than 20 years, with one spot in the tournament’s final four as well as two spots at the 2021 Concacaf Gold Cup both on the line.

After back-to-back wins over Cuba in September, Canada have also drawn closer to a Concacaf top-6 spot on the FIFA/Coca-Cola World Rankings, which after June 2020 will determine two distinct pathways for 2022 FIFA World Cup Qatar Qualifiers. Canada went from trailing El Salvador by 30 points to trailing them by just five points after Canada’s two victories and El Salvador’s win and a loss.

Canada’s next match in Concacaf Nations League is Tuesday 15 October at BMO Field in Toronto, one day after Thanksgiving 2019. Tickets to the Canada v USA match are available via Ticketmaster.ca with prices starting as low as $25. A special ‘Me+3’ ticket offer is available for this match. By purchasing three tickets in Price Category 2, fans will receive the fourth one free. Fans can visit canadasoccer.com/tickets for complete ticket information.

“It’s a great opportunity for the fans to unite around this team and a big moment for the team to test themselves against one of the best in Concacaf,” said John Herdman, Canada Soccer’s Men’s National Team Head Coach. “We know the quality of the USA and the history of results in the last two decades, but with the fans behind us we believe we can change that narrative in October and November.”

The away match against USA will be played at Exploria Stadium in Orlando on Friday 15 November 2019.

“The players will be doing everything in their will to achieve a result against USA and our fans play a big role in pushing the team forward in those tough moments and in games like this there’ll be few, so we hope to see a sea of red at BMO Field and feel their passion from whistle to whistle.”