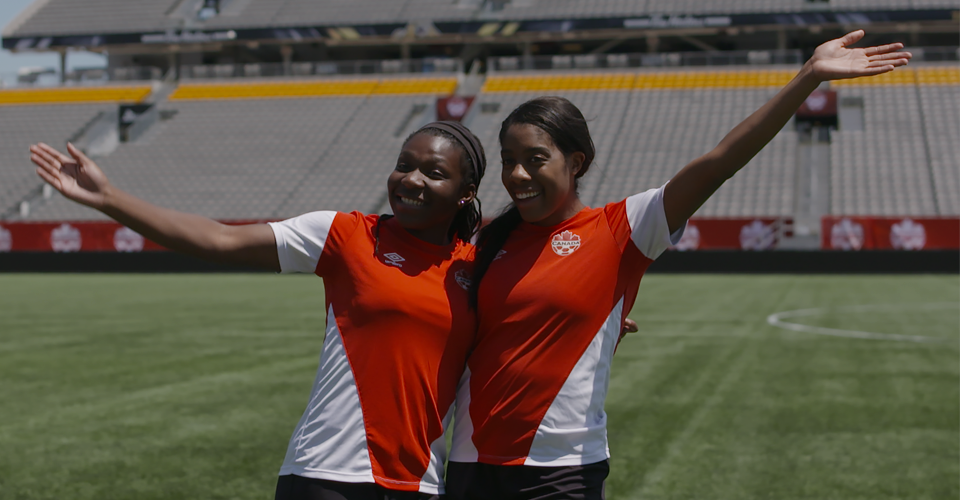 Canada preparing for sold out match against Germany in Hamilton

Canada Soccer’s Women’s National Team will hold its final training session today ahead of Sunday’s sold-out match against Germany at Tim Hortons Field in Hamilton, ON. […]

“It has been a while since we played here in Canada, six months, so the team is very excited to be playing at home and looking forward to a game in a stadium full of fans supporting us,” said Canada Soccer Women’s National Team Head Coach Kenneth Heiner-Møller who will be coaching his first match as Head Coach on home soil.  “We are focusing on the match ahead as much as possible, and we know there will be a lot of fans cheering for us including many family and friends, so our preparations are important to ensure we put on a good show for them.”

The Olympic Champions, who have recently gained former German International Horst Hrubesch as its new head coach, have brought a young squad to Canada, however Heiner-Møller is not taking anything for granted in taking on a young German team.

“Germany is always a strong opponent.  Their youth teams do very well, and you know whoever they bring into their roster it will be a world-class team you meet on the pitch,” said Heiner-Møller.  “I think these teams are very equal.  Germany is always a strong side, but I think we will win as many balls as they do, which is definitely something that we couldn’t have said five or six years ago, but this is the where the game is now for Canada and it is still improving.”

Canada and Germany have faced each other three times since the FIFA Women’s World Cup Canada 2015™, including in the third match of the Rio 2016 Olympic Tournament group stage when Canada, led by Ancaster’s Melissa Tancredi, 2-1 at Estadio Nacional Mané Garrincha in Brasilia. Canada later fell 2-0 to Germany in the Olympic semi-final at Estádio Mineirão in Belo Horizonte, before going on to capture Olympic Bronze against Brazil.  Canada and Germany faced each other once in 2017, in a friendly in Erfurt, Germany where the home side topped Canada 2-1 with an 86th minute goal to secure the victory.

Canada Soccer’s Women’s National Team will also be wearing the new #CanadaRED Umbro home jersey for the first time.  The jersey, unveiled last month, is inspired by one of Canada’s most symbolic emblems, the Canadian maple leaf.  That leaf is featured prominently on the front of the jersey along with the clean classic lines that have come to define an Umbro Canada Soccer kit. The new home kit is available now from the official Umbro Canada Soccer store via CanadaSoccer.com.