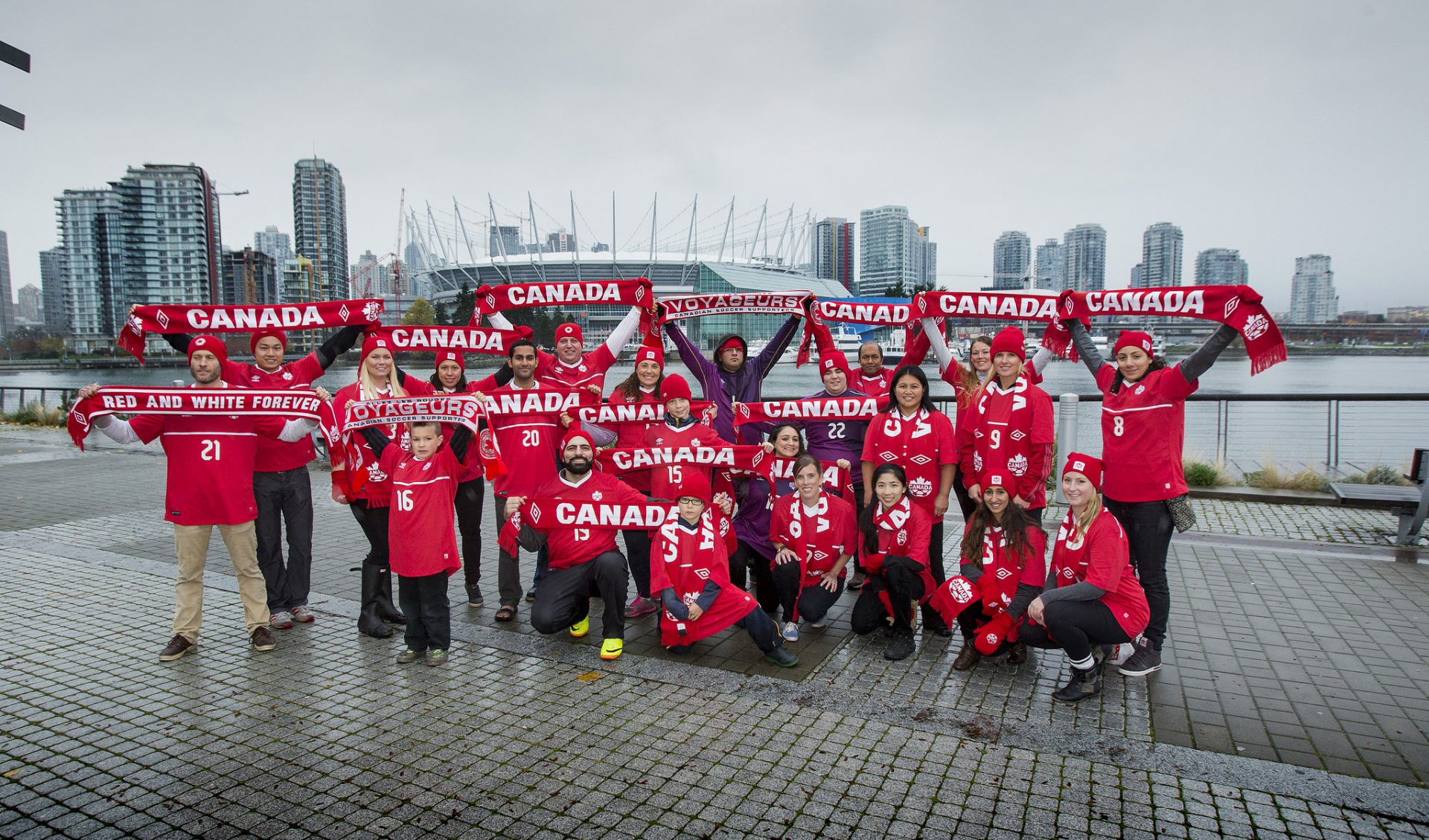 Canada rallies in red on Road to Russia 2018

Canada will look up to a sea of red support when they take to the pitch on Friday night at BC Place. That support will serve as a big boost to Canada’s home advantage, with Canadian soccer fans acting as the Men’s National Team’s proverbial ’12th man’ in 2018 FIFA World Cup Russia Qualifiers.

“We want the stadium to be full of Canadian supporters who understand how important they can be to help the team,” said Canada’s Men’s National Team Head Coach Benito Floro. “We need that Canadian support to help guide the team to victory.”

Canada kicks off the CONCACAF semi-final stage at home against Honduras on 13 November 2015 in Vancouver, British Columbia. Tickets to the match start as low as $25 (plus applicable fees). Tickets are available online via ticketmaster.ca, by phone at 1.855.985.5000, or in person at the BC Place Box Office.

Canada is expecting an excellent crowd at BC Place on Friday, with ticket sales set to surpass the previous record for a Men’s National Team home game in the province of British Columbia (18,003).

The home team will wear their red jerseys, so supporters are encouraged ‎to wear #CanadaRED, too. The gates to BC Place are open to the general public at 18.00 local (one hour before kick off).

As for the Canadian team, this match represents the next stage on the Road to Russia 2018. Canada passed through two earlier stages, eliminating both Dominica and Belize. In this round, Canada will face Honduras, El Salvador and Mexico in a six-match series over an 11-month period; the top-two teams in the group‎ will advance to CONCACAF’s hexagonal final round, otherwise known at ‘The Hex’.

The Canadian team continues to improve throughout the course of the calendar year, with a positive record of five wins, five draws and two losses in 12 ‎international matches. Defensively, the team has been sound, even setting a national record by posting 564 consecutive shutout minutes earlier this year.

“The team is playing better and better football every time we get together,” said Atiba Hutchinson. “At this stage, taking that good momentum into our home match is important.”

For ‎Canadian fans, Friday will be their chance to help support that momentum on the Road to Russia.

CANADA at HOME on FRIDAY NIGHT

To help build a sea of #CanadaRED supporters, tickets can be purchased in groups of 10 or more with an eligible price discount of up to 30% off the regular price (starting at just $17.50). For complete ticket information visit http://canadasoccer.com/canMNTvHON.

A special ‘Me+3’ is also available for this match. When purchasing three full price tickets in select sections, fans will receive the fourth one free. This offer is available viaTicketmaster.ca by selecting the ‘Me+3’ offer.

Canadian supporters have been allocated a number of dedicated sections in the west end of BC Place. Fans wishing to sit in the Canadian supporter sections are encouraged to visit the Voyageurs website for more information and to purchase tickets through thevoyageurs.com.