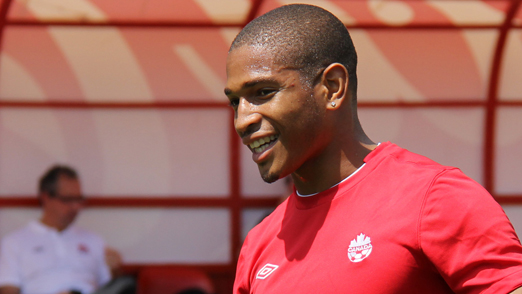 In all likelihood, the next 90 minutes of football will determine Canada’s fate on its quest to qualify for Brazil 2014™.

Canada can guarantee its passage to the fourth and final round of FIFA World Cup Qualifiers™ with a win or a draw against Honduras on Tuesday at the Estadio Olímpico Metropolitano in San Pedro Sula, Honduras (local kick-off 14.00).

The decisive match will be broadcast live in Canada on Sportsnet at 16.00 ET / 13.00 PT. Fans unable to watch the match can follow live Twitter updates via @CanadaSoccerEN.

Canada enters Tuesday’s match in second place in Group C in the CONCACAF 3rd Round of FIFA World Cup Qualifiers™ – and the team will need to ensure that it finishes in the top two places in the group to advance to the next round. The only permutation that would see Canada go through with a loss on the final day of play would be if Cuba manages to defeat Panama by three goals or more in the other group match being played simultaneously in Havana.

For midfielder Julian De Guzman, the match in San Pedro Sula represents the defining moment of his career so far.

“This is probably the most important game of our lives,” said De Guzman after Canada’s final training session in Honduras.

“This is what we’ve been fighting for and it’s come down to this one game. This is everything for us, everything.”

Amidst the nerves and anxiety in the prelude to such an important match – Head Coach Stephen Hart is urging his players to take pleasure in the moment.

“We’ve rarely been in this situation, so I’ve told the players to enjoy it,” said Hart. “This is like a final.”

35,000 Honduran fans are expected to attend the match at the Estadio Olímpico Metropolitano where the atmosphere is notoriously hostile. For veteran midfielder Atiba Hutchinson, the challenges of playing in an intimidating Central American environment are nothing new.

“For a lot of us that have been through it before,” said Hutchinson.

“You should expect it to be very hostile. It will be loud, they are going to try and throw everything at us.”

Fans can track Canada’s build-up to Tuesday’s all-important clash by keeping up to date with the latest video content from CanadaSoccerTV. Updates from Honduras will alsbo be provided via Twitter: @CanadaSoccerEN and Facebook.com/CanadaSoccer.

CANMNT: Behind the scenes in San Pedro Sula