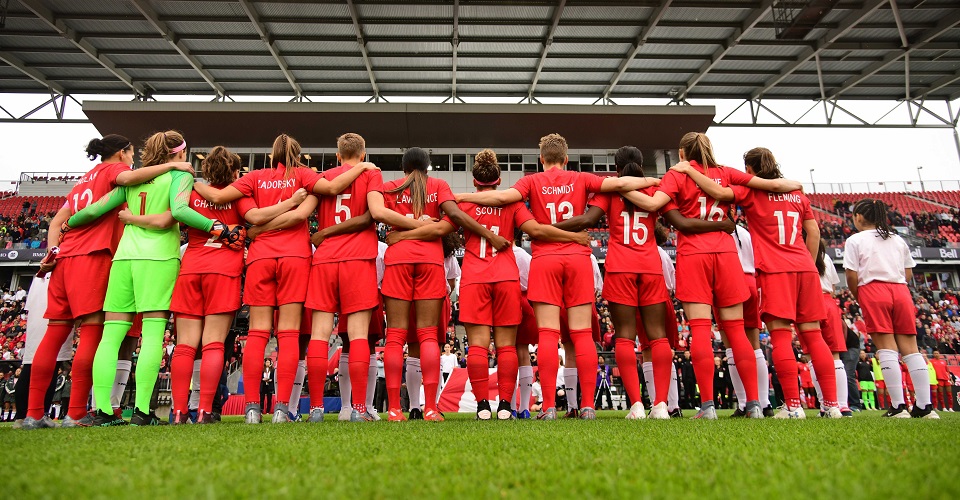 Canada will have their last international test less than three weeks before their big summer event, the FIFA Women’s World Cup France 2019™. The Friday 24 […]

The Canada away match kicks off at 19.00 local at Estadio Las Gaunas in Logroño, Spain and will be broadcast live on OneSoccer.ca (13.00 ET / 10.00 PT). Extended match day coverage is featured across Canada Soccer’s digital channels include Facebook, Instagram and Twitter. Fans are encouraged to follow Canada Soccer’s Women’s National Team every step of the way by using their social media handle, #CANWNT.

Canada are seven matches undefeated in 2019, including an inspiring 3:0 home victory over Mexico on Saturday 18 May. The Canada Send-Off Match was played in front of 19,610 fans at BMO Field.

“I hope we will continue building on our performances because this spring has been great,” said Kenneth Heiner-Møller, Canada Soccer’s Women’s National Team Head Coach. “We are now focused on this final match before we go to the FIFA Women’s World Cup. For now, we are focused on what is in front of us, so we are very much looking forward to this test.”

Spain were the only European nation to post a perfect record in the FIFA Women’s World Cup Qualifiers™, winning all eight of their qualification matches. Spain are preparing for their second FIFA Women’s World Cup™ after making their debut at Canada 2015. Canada and Spain have faced each other only once before, with Spain the 1:0 winners in that meeting in the 2017 Algarve Cup final.

“It’s the last match before the FIFA Women’s World Cup so it would be great to end it on some momentum,” said Allysha Chapman, a Canada WNT fullback. “Getting that win heading into France is definitely a priority for us.”

Canada’s most recent victory featured goals by Jessie Fleming, Christine Sinclair and Adriana Leon. For Sinclair, it was her 181st international goal, just four back of the all-time record. Canada goalkeeper Stephanie Labbé and her backline, meanwhile, posted the clean sheet.

“Spain are really quick and their style of play is very creative, very fast, and very technical,” said Jayde Riviere, a Canada WNT fullback who is one of the youngest players on the team. “We are prepared to go in and face them, so that is all that we are focused on right now.”