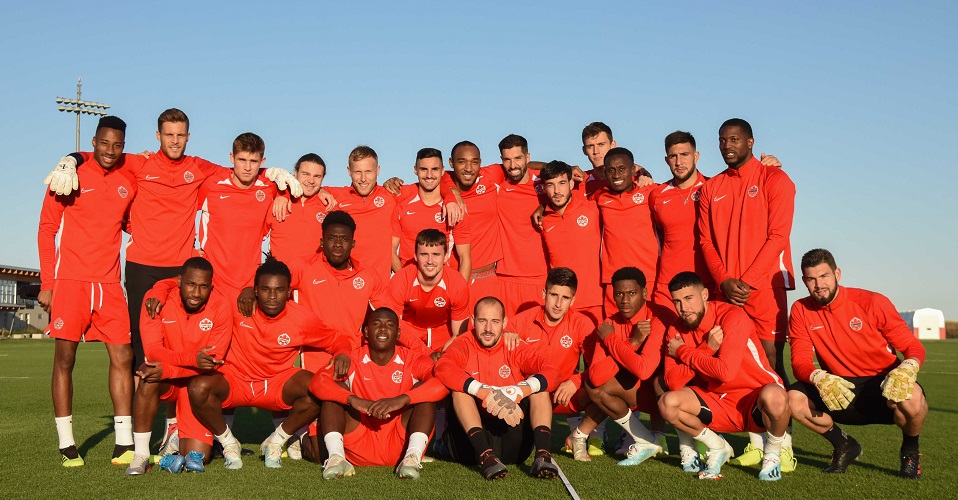 Canada are ready to face their Concacaf rivals and North American neighbours USA in a big Tuesday night competitive clash in 2019-20 Concacaf Nations League. The […]

Canada are ready to face their Concacaf rivals and North American neighbours USA in a big Tuesday night competitive clash in 2019-20 Concacaf Nations League. The first of a home-and-away series puts the two Group A favourites in a clash for first place and a spot in the confederation’s Final Four championship. It also gives the home crowd a chance to rally behind Canada who have a chance to accumulate valuable points on the FIFA/Coca-Cola World Rankings as they contend to qualify for the 2022 FIFA World Cup.

The Tuesday 15 October home match kicks off at 19.30 local at BMO Field in downtown Toronto with Canadian fans having the chance to make a difference as the 12th man. Tickets are available via Ticketmaster.ca starting as low as $25 while groups of 10 or more can save up to 30% off the regular price. Fans can visit canadasoccer.com/tickets for complete ticket information.

“Our boys are ready to leave it all out there, it’s a game that means a lot to us,” said John Herdman, Canada Soccer’s Men’s National Team Head Coach.

Following the home match on 15 October, Canada will wrap up their four-match schedule with the return leg against USA on Friday 15 November. Canada have already won six points from wins over Cuba in September while USA won three points from a Friday night victory over the same opponent. Following the USA-Canada match on 15 November, USA will visit Cuba to complete their four-match schedule on 19 November.

Concacaf Nations League is a new multi-tier competition for every national association in the confederation, featuring promotion and relegation across Leagues A, B and C. The 12 nations in League A are divided into four groups and play four matches each, after which the group winner advances to the competition’s Semi-finals and the third-place nation gets relegated to League B.

Concacaf Nations League also serve as the qualification route for the Concacaf Gold Cup, with Canada the first nation to officially book their spot to the 2021 edition. After Cuba’s Friday night loss, Canada have also ensured they will remain amongst the top-12 nations in the next edition of Concacaf Nations League.

This match marks the first time that Canada will host USA in a competitive match on home soil since 1997. The two sides have since faced each other four times in the Concacaf Gold Cup including the 2007 Semi-finals. In 2012 and 2013, the two sides played to 0:0 draws in each nation’s respective Centennial match.

“It’s a great opportunity for the fans to unite around this team and a big moment for the team to test themselves against one of the best in Concacaf,” said Herdman. “We know the quality of the USA and the history of results in the last two decades, but with the fans behind us we can work together to change that narrative in October and November.”

After back-to-back wins in September, Canada have drawn closer to a Concacaf top-6 spot on the FIFA/Coca-Cola World Rankings, which after June 2020 will determine two distinct pathways for 2022 FIFA World Cup Qatar Qualifiers. Canada went from trailing El Salvador by 30 points to trailing them by just five points by virtue of Canada’s two victories and El Salvador’s win and loss in the September window.

“Normally, playing an old rival like the USA is enough to get the juices flowing, but there’s a lot more to play for in this match with Concacaf Nations League Group A positioning and FIFA ranking points on the line,” said Herdman. “If there’s going to be an upset in this match, the Canadian fans will play a big part as they always do at home.”