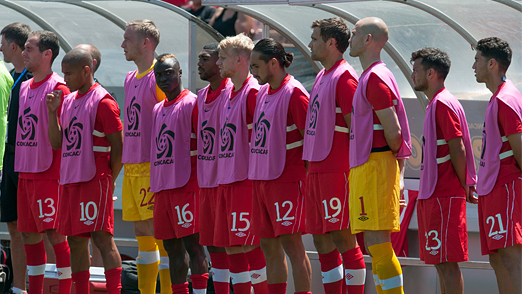 Canada roster update, team on the ground in Seattle

Canada arrived in Seattle on Monday ahead of the team’s second match of the 2013 CONCACAF Gold Cup against Mexico on Thursday 11 July (local kick-off 20.00).

Upon arrival, the team was greeted by D.C. United striker Kyle Porter who was called into the camp to bolster Canada’s attacking line.

Porter featured in a Canada U-23 camp in 2012 and recently earned his first cap for the Men’s National Team in January of this year. The 23-year-old Toronto-born attacker has featured in 16 matches for D.C. United in 2013.

Jackson departed camp with the blessing of the team’s staff.

The changes leave Canada with a 21-man roster at present. No further call-ups are expected at this time.