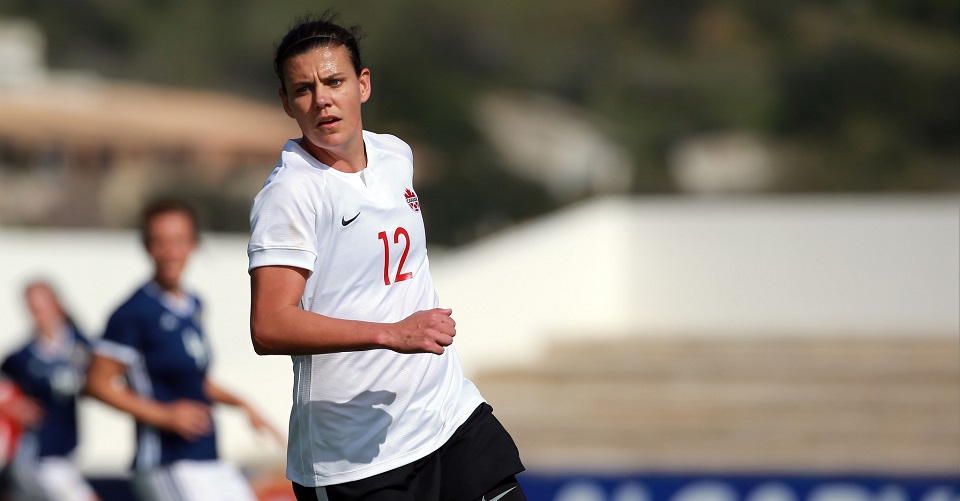 Canada Soccer supporters will be in full voice when Canada Soccer’s Women’s National Team faces Concacaf rivals Mexico at BMO Field in Toronto on Saturday 18 May. The match will serve as Canada’s official send-off match before this summer’s FIFA Women’s World Cup France 2019™ as well as an important tune up before final squad selections are confirmed at the end of the month. The match also provides fans with an opportunity to watch Christine Sinclair on home soil as she closes in on the International goal scoring record of 184 goals.

The Canada-Mexico match kicks off at 13.00 local at BMO Field in downtown Toronto and will be broadcast live on TSN, RDS and OneSoccer (13.00 ET / 10.00 PT). For fans, this will be one last chance to show your support for Canada before they head to Europe for their pre-competition training camp ahead of the 10 June FIFA Women’s World Cup™ group opener against Cameroon in Montpellier, France. Tickets to the Toronto match start as low $20 via Ticketmaster.ca. A special ‘Me+3’ ticket offer is also available with complete ticketing information available via canadasoccer.com/tickets.

“Heading into an away FIFA Women’s World Cup, we hope that the echo from our Canadian fans back home will carry us through our month in France,” said Kenneth Heiner-Møller, Canada Soccer’s Women’s National Team Head Coach and Women’s National EXCEL Director. “The players are really looking forward to having the fans cheering for us, so we will put on a show and give us the momentum as we head to France. It is important that both our performance and fan support at our send-off match in Toronto has a resounding effect on our players for a long period of time.”

While the final FIFA Women’s World Cup™ roster will be announced later this month, Canada has called in a squad of 22 players for the home international match in Toronto. The squad features a mix of veterans and young players, including teenagers Julia Grosso, Jayde Riviere, Jordyn Huitema, and first-time call up Jade Rose.

While also considering players who are still action with their professional clubs in Europe, coach Heiner-Møller will select his final 23-player FIFA Women’s World Cup™ roster in the week following the 18 May match in Toronto.

CANADA TO FACE MEXICO IN MAY
Concacaf rivals Canada and Mexico have a long history against each other in international competition, with Canada winning each of the last three matches since January 2015. The two sides have also faced each other twice in Concacaf finals, with Canada winning the 1998 Concacaf Women’s Championship 1:0 in Toronto and the 2010 Concacaf Women’s Championship 1:0 in Cancún.

While Canada have qualified for seven consecutive editions of the FIFA Women’s World Cup™, Mexico will miss out on this summer’s finals after being eliminated in the group stage of last year’s Concacaf Women’s Championship. Mexico now have their sights set on next year’s Concacaf Women’s Olympic Qualifiers from which two Concacaf nations will qualify for the 2020 Olympic Games in Tokyo.

“We have been improving throughout the year so we are excited about this test ahead of the FIFA Women’s World Cup,” said Heiner-Møller. “Mexico are preparing for next year’s Concacaf Olympic Qualifiers and want to find a way to get ahead of us in 2020, so we need to be ready to send a message that we are still one of the top-two nations in Concacaf.”