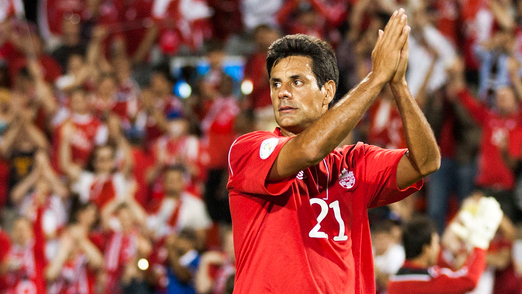 Canada set for clash with Trinidad and Tobago

With just over three weeks until Canada takes on Panama in a pair of crucial FIFA World Cup™ Qualifiers, Stephen Hart knows that his squad needs to take full advantage of an important preparation match against Trinidad and Tobago on Wednesday evening.

Canada will take on Trinidad and Tobago in a Men’s International Friendly at 19.00 ET / 16.00 PT on 15 August 2012 at the Central Broward Regional Stadium in Lauderhill, FL, USA.

As there is no broadcast of the match being produced, the game will not be available on television. Fans can follow the action on Twitter: @CanadaSoccerEN and will be able to watch an extended highlights package of the match on CanadaSoccerTV following the contest.

Despite limited preparation time at camp in Sunrise, Hart believes his players are excited about the match and are keen to extend Canada’s unbeaten run to four matches on Wednesday in Florida.

CANMNT: Canada ready for clash with Trinidad and Tobago

“Everybody is enthusiastic and happy that we have this game,” said Hart following training on Tuesday morning. “We’ve had two light sessions to familiarize the players with what we are trying to do and we will go into the game and give it a go.”

The match will serve as an audition for a number of players who will be looking to catch the head coach’s eye in the hopes of being part of the Canada squad that will resume FIFA World Cup™ Qualifiers action against Panama in September.

“I’m going to be looking closely at the individual performances,” stated Hart.

The Canadian coach is also keen to see his team execute a tactical plan that is intended to prepare for the matches against Panama next month.

“We are going to do things that are important for us against Panama,” said Hart.

Youngsters Doneil Henry, Russell Teibert, Evan James and Lucas Cavallini will all be looking to make their first international appearance in the match against Trinidad and Tobago. Midfielders Patrice Bernier, Terry Dunfield and Jonathan Beaulieu-Bourgault will be looking to fight their way back into the squad after missing out on Canada’s three matches in June 2012. Defender / midfielder Marcel de Jong will be looking to return to the fold for Canada for the first time since June 2011 after missing out on number of matches as a result of various injuries.

Canada resumes play in FIFA World Cup™ Qualifiers action against Panama on 7 September (19.00 local) at BMO Field in Toronto. Tickets to the match are available at Ticketmaster.ca or by phone at 1.855.570.7500. Ticket purchases for groups of 10+ can be coordinated through the Canadian Soccer Association’s marketing department: [email protected].